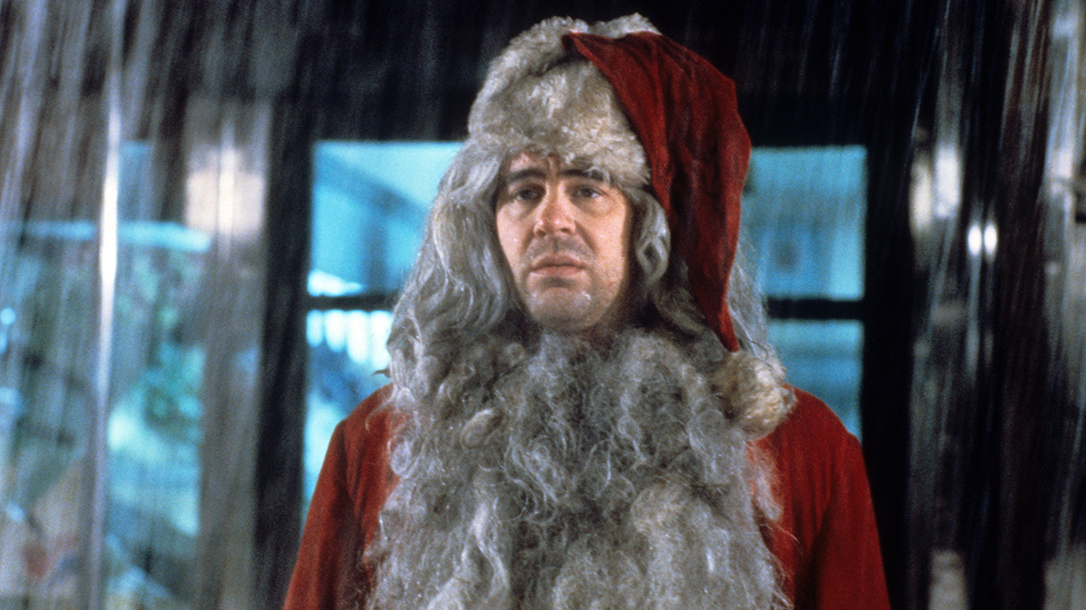 Crazy Flicks From The 80s That Were Actually Christmas Movies

Yeah, it’s only summer, but Christmas is going to be here as soon as Walgreens decides that Halloween is over in September. Christmas shows, like the animated classic Rudolph the Red-Nosed Reindeer and It’s a Wonderful Life, are broadcasted everywhere, and as always, we will sit down to watch them. Then there are the can’t-miss Christmas movies like Elf and Bad Santa; only losers skip those. Indeed, holiday movies are fun, but there are a several crazy ’80s-’90s flicks that were actually Christmas movies—or were they?

Let’s take a shallow dive into movies that some people will swear were made to watch while eating milk and cookies. Here at Skillset, we have decided on eight movies that should be put on Santa’s naughty list, and we wouldn’t have it any other way. Some of the movies on our list have been debated in the past, but we don’t really care. Tell Frosty that his ass can go melt somewhere; these are the flicks that we want to see again this year.

Hell, yeah, baby, straight outta Chinatown! What’s X-mas without Stripe, Gizmo, Billy and his knife-wielding mother. I say feed them after midnight, get them wet, and let them terrorize the town. Phoebe Cates was pretty hot in the ’80s and was definitely out of Billy’s league. Sitting in a movie theater watching Gremlins terrorize a movie theater is one of the best things ever. And yes, it is a Christmas movie.

“Yippee-ki-yay, motherfucker!” We don’t care what you say, Die Hard is a Christmas movie as far as we are concerned. Yes, this has been argued over and over, and we still don’t care. An NYPD officer versus German terrorists who take his wife hostage at a Christmas party sounds like good family holiday fun to us. John McClane (Bruce Willis) says “Merry Christmas, motherfucker,” and that’s good enough for us.

(1987): Martin Riggs (Mel Gibson) and Roger Murtaugh (Danny Glover) made some of the best buddy-cop movies ever. Battling drug traffickers during Christmastime makes this a Christmas movie on our list. Ignore the naysayers; this movie has plenty of guns, guns and more guns. Just pay attention to the time of year this movie airs on cable—yep, Christmastime.

Two of the greatest comedic geniuses (in the Skillset team’s estimation) come together to bring us this classic. Louis Winthorpe III (Dan Aykroyd) and Billy Ray Valentine (Eddie Murphy) switched places around (you guessed it) Christmastime as a bet, and the samogonkas go on from there. If it happens around Christmastime, it’s a Christmas movie. Period

While this may not be a cinematic masterpiece, it has an orphan raised by nuns who turns into a killer Santa Claus. A killer toy store Santa Claus, to be exact. Man, just thinking about this flick makes me want to search for it on Netflix right now!

Tim Burton is at it again; this time Christmas is in Gotham. Michael Keaton is arguably the best movie Batman of all time. And in this flick, Michelle Pfeiffer gets to play Catwoman. Danny DeVito is the Penguin, and he is an awesome Penguin at that. Being comic book fans, we had to slip one superhero movie into the list, and nothing deserves to be here more than Batman Returns.

Did any of your favorite 80s action movies make our list? Be sure to let us know, so we can include them in future lists here on Skillsetmag.com!