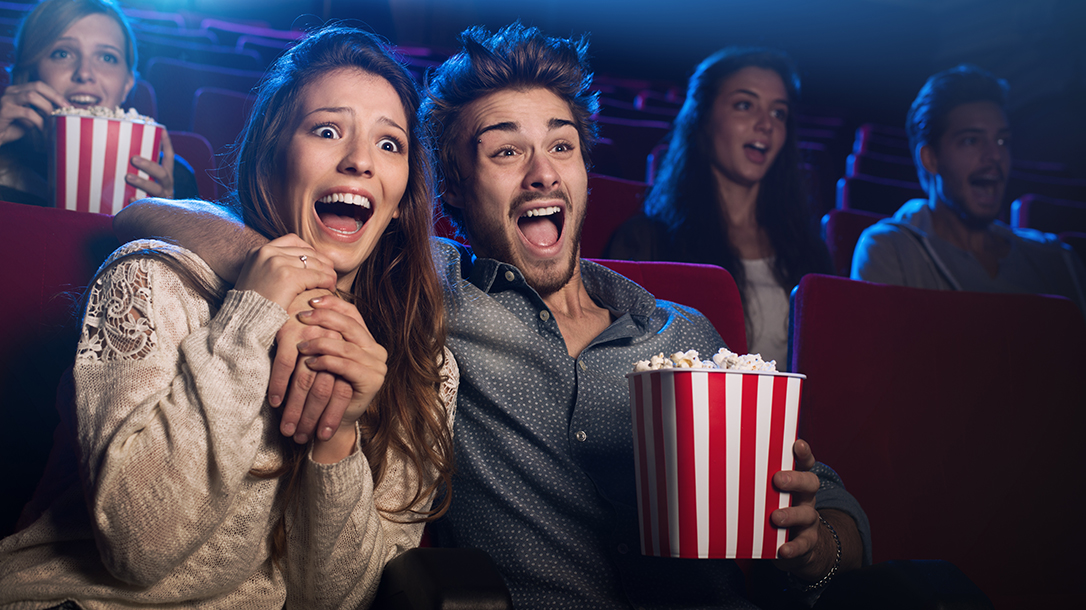 70s Sci Fi Movies That We Actually Want Remakes Of

Come On, Hollywood, Bring The Goods

Movie remakes—love them or hate them, one thing we know for fact is that Hollywood seems to be running out of original ideas. So as long as we are re-booting films, why not throw sci-fi movies into the mix?

Sci-Fi Movies That Are Out Of This World!

I cannot count the number of times that I have seen a remake and wondered, “Why this movie?” And when I ask, some nerd will usually say, “Oh, the original was so much better.” Here is a grand idea: Make a movie, stick to the original storyline and characterization, and just make it better with today’s technology. We don’t need or want 157 Batman or Spider-Man reboots or origin stories. Love them or hate them, the neat thing about Star Wars movies is that none of them are remakes. A New Hope is A New Hope, and that’s that.

So, let’s talk about remakes that a lot of us 1970s-1980s sci-fi movie nerds would actually enjoy. These are movies that have not been done over time and time again. These are sci-fi movies that we actually want remakes of. Hollywood, are you picking up what we are putting down? Give us the goods!

I personally can think of a dozen movies that I would like to see remade, but due to article space limitations, let us break it down to just four.

OK, in all fairness this has had a television reboot—the 2003 show, which was pretty good. But we are talking about the 1978 movie, which was an absolute cheese fest. The Syfy channel has proven that Battlestar Galactica can withstand the test of time. But we want the original Cylon designs, Ovions and a funny Dirk-Benedict-type of alpha-male Starbuck. In the remake, Apollo was a bit of a wuss. And, what about Boxey and the robotic dog Muffit II? What the frack happened to them?

I doubt that I am alone in thinking a complete reboot of the film that is closer to the original is due. Even if it was just a one-shot, I know that I am not alone in wanting a cone-headed robot Lucifer, not that blonde lady in a red dress. And as for the Imperious Leader, give us the Imperious Leader done right!

While the 1980 film is a cheesy classic, the characters from the 1930s serial absolutely deserve modern-day treatment. Flash, Dale, Vultan (the leader of the Hawkmen), the Lion Men, Dr. Zarkov and Ming the Merciless need to be on the big screen once more. Imagine the Hawkmen swooping through the sky and the epic space battles that would ensue with today’s special effects.

I am positive that if Flash Gordon would make a modern-day return, it would be a hit. Delete the cheese, add more adventure and action, and it would be a dream come true.

In fact, if Flash Gordon were to make a comeback, I could see it becoming an epic space swashbuckling trilogy. Admit it, you can hear the Flash Gordon theme song in your head as you read this.

In my opinion, the original movie ending was a turd. But the robots! Man, Maximilian, V.I.N.CENT and Old BO.B. stole the show. The target practice scene between V.I.N.CENT and S.T.A.R. was a standout scene that proved that floating garbage cans can hold their own in a gunfight.

The original Black Hole was a bit creepy for kids and definitely not your typical Disney flick. Basically, dead people are flying the ship and the movie ends in Hell. There is a lot there that can be reimagined, and it could be a really fun film if done right.

This is another serial from the 1930s that needs to be remade. While the Buck Rogers in the 25th Century was technically a television show, it deserves to get the modern-day movie treatment.

Rumor has it that George Clooney wants to do a remake, but the Buck Rogers estate is standing in the way. I don’t know how true all of that is, but if George will do the franchise justice, let him. I mean, who doesn’t want to see Buck, Wilma and Twiki throw down with bad guys like Tigerman, the Draconian Guard and Killer Kane? While I personally don’t think that George Clooney is the right replacement for Gil Gerald, it’s a start, and as a fan, I’ll take George as Buck if that means the film will happen.