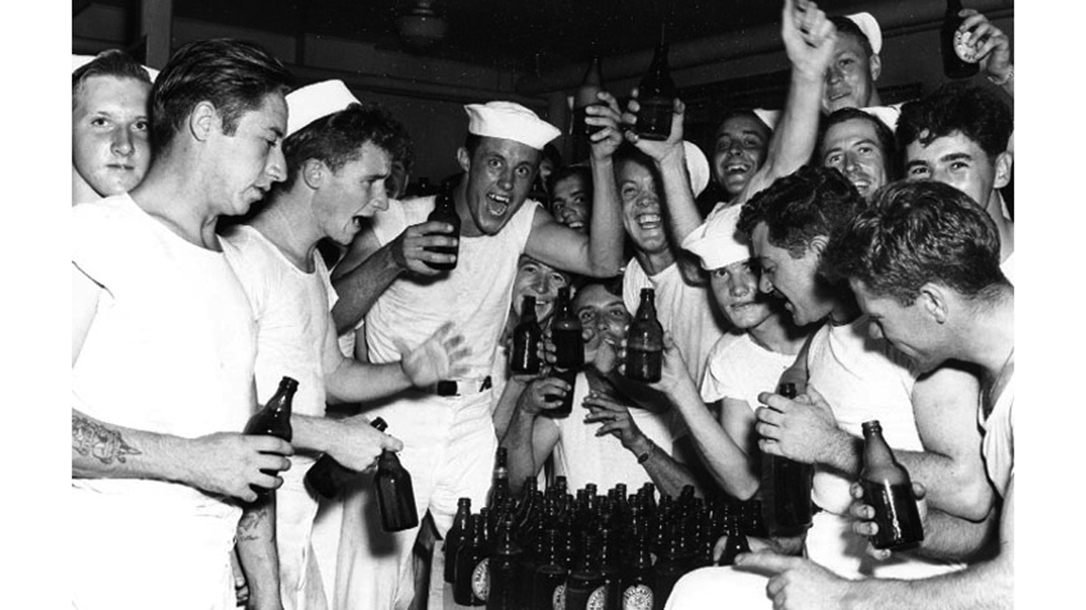 (Photo by Historical Photo, US Navy)

During World War II, sailors filtered torpedo fuel through bread to make a drink called “torpedo juice.” This 180-proof grain beverage was known to get bubbleheads “as f-ed up as a bent shitcan.”

IKEA has a podcast that helps listeners fall asleep by reading product names to them in a soothing accent. Move over, Zzzzquil … the Dutch want to corner the market on boring you to sleep, one pain-in-the-ass dresser at a time.

Forensics have their work cut out for them if there’s a koala bear near a crime scene. Turns out koala fingerprints are almost identical to human fingerprints, occasionally causing confusion in some detective work.

Trivia 4: Sit On The Throne

There is 200 times more bacteria on your computer keyboard than on a toilet seat in a public restroom. Why not just lick the remote control in a hotel room while you’re at it?

If you’re concerned that your breath is foul, lick your wrist, let the saliva dry and give it a sniff. You will immediately get the answer you are looking for!

The first Ronald McDonald was former Today Show personality Willard Scott.  Unfortunately, the fast food chain fired him for being too obese. Oh, the irony!

Botox, known in the scientific community as botulinum toxin, is the most poisonous substance known to man. Weaponized, a single gram can kill up to one million people. Ironically, an estimated one million Americans choose to get it injected in their faces every year.