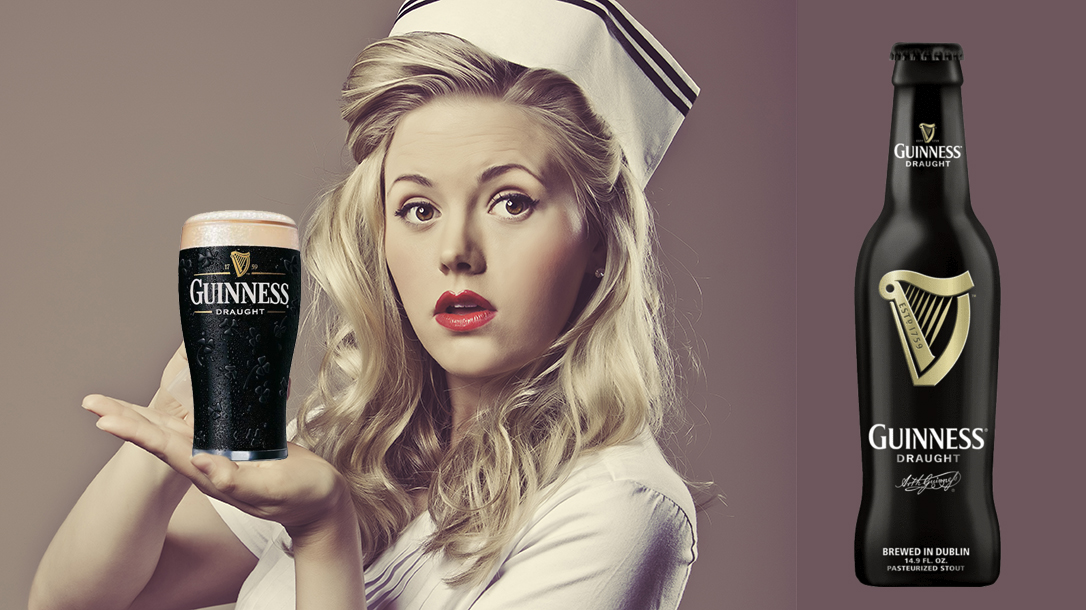 6 Reasons Guinness is the Most Health-Conscious Beer

For most people, the idea of dieting or eating clean doesn’t really include things like Guinness. But it could—and maybe it should. Morale is important, after all. And there’s at least one kind of beer that can lay claim to real health benefits. Just keep in mind that this author is not a dietician, nutritionist or personal trainer.

And believe it or not, there are actually health-conscious choices one can make when it comes to alcoholic beverages. No one has to settle for hard seltzer, watery beer or flavorless vodka at the end of a long day. The solution could be Guinness, the same dark Irish dry stout that St. James’s Gate in Dublin has been brewing for more than 260 years.

These days, making a claim that an alcoholic beverage is beneficial for health is illegal in Ireland, but the Guinness & Co. brewery doesn’t have to worry about that—I’m about to do it for them.

1. Guinness Is A Low-Calorie, Light Beer

Everyone who says Guinness is too heavy and instead opts for a so-called “light” beer needs to take another look. A 12-ounce pint of Guinness has only 125 calories. Bud Light has just 15 fewer calories and half the flavor.

Indulging in a whole Guinness is the same calorie intake as half of a McDonald’s cheeseburger, four cubes of sharp cheddar cheese or a can of Coca-Cola. You can feel good about having a Guinness. And at just 10 carbs, it can help avoid a beer gut.

Guinness gets its color and flavor from roasted barley, a glutinous cereal grain that carries a lot of vitamins and minerals before brewing. The result of a wort high in barley is that it contains a high amount of ferulic acid, which helps ease inflammation in the body.

3. It’s Packed With Vitamins And Minerals

OK, maybe not packed, but it is packing, just like the grain from which it’s brewed. Not only is Guinness beer rich with calcium, it’s also rich in silicon. These two minerals go a long way toward promoting bone density, which is probably why studies have shown that having two beers a day gives many older people significantly higher bone density.

Guinness also has a full profile of B vitamins, except B12, and yields significant amounts of niacin, also known as Vitamin B3, which can help lower cholesterol. Beer also contains riboflavin, which helps the body absorb other nutrients.

The reason those dogs at the University of Wisconsin had less clogging in their arteries after their laboratory-induced Guinness diet was because of flavonoids, substances in fruits and vegetables that give them their color. Flavonoids are also found in wines and dark chocolate. Those flavonoids have strong antioxidant properties that have a positive effect not only on heart disease, but also cancer.

Ferulic acid, the same result of brewing Guinness with barley that packs it with antioxidants and flavonoids, also has a number of other effects. The most important of these is its anti-aging properties. Ferulic acid can now be found at all high-end beauty supply stores as part of anti-aging skin serums. The acid also has a strong immunity-boosting effect and may even one day be developed into a treatment for asthma.

Numerous medical studies have shown that a vegan diet can lower blood sugar, improve organ functions, help chronic arthritis and lower the risks of the top diet-based killers of Americans, including heart disease and diabetes. Guinness can be a part of that diet now too.

The brewery once used isinglass, a product made from fish bladders, to filter its beer. Now, the brewery no longer uses it. Filters remove excess yeast and proteins in the beer and keep the brew from getting cloudy.

Check out our podcast Skillset Live for more alcohol talk.  Get in on the conversation on our social media pages or pick up a back issue at OutdoorGroupStore.com!