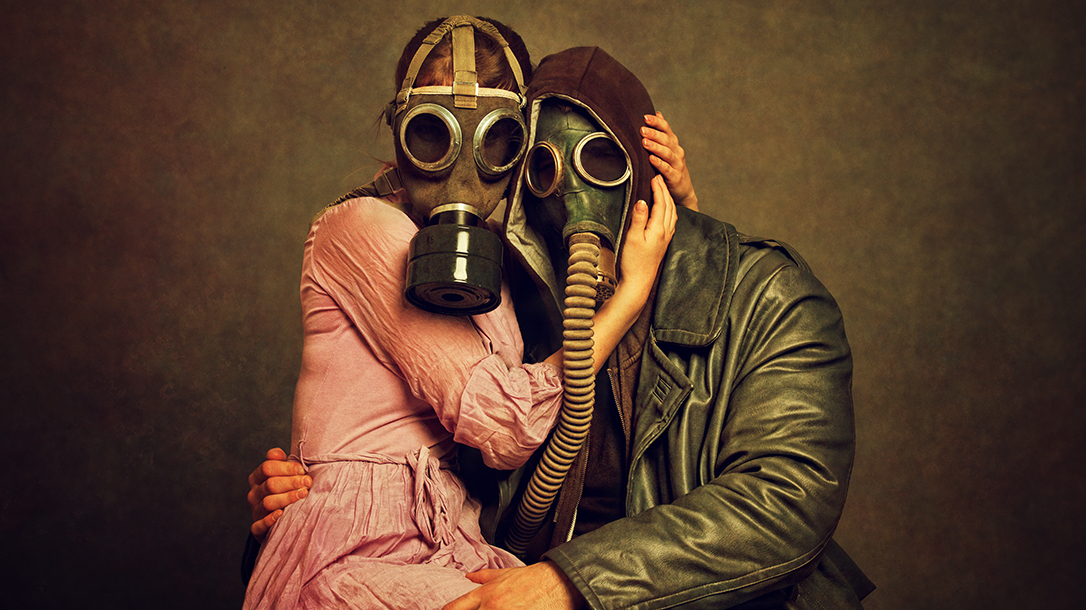 Surviving The End Of The World: 6 Real Disasters And Dystopias

The Scout motto “Be prepared” certainly applies to preppers and survivalists. From jugs of water and canned food to “bug-out bags” loaded with necessities, a good survivalist is ready for a few days without power in a disaster or even a zombie apocalypse.

And without a doubt, Hollywood has depicted countless fictional natural and manmade disasters and dystopian futures in films like Earthquake, Blade Runner and Escape from New York, but truth is stranger than fiction—and often just as destructive. A quick survey of top real-world catastrophes may trump anything a screenwriter could dream up. Here’s a look at six actual disasters and dystopias that may have you searching for that survival kit.

On April 26, 1986, Reactor No. 4 at the Chernobyl Nuclear Plant near the town of Pripyat, Ukraine, exploded. Radiation rained down throughout the Soviet Union and parts of Europe. The disaster contaminated 150,000 square miles in Russia, Ukraine and Belarus, with 68,000 people evacuated, never to return again. Unfortunately, that didn’t come until 36 hours later, possibly exposing much of the populace to deadly levels of radiation. The explosion killed two workers and 134 were treated for radiation exposure, with 28 dying soon afterward. A handful of cancer-related deaths followed that were all believed to be from the immediate effects of the radiation.

However, experts estimate from 4,000 to 15,000 radiation-related deaths followed in the intervening decades. Soviet officials attempted to cover things up, but even the Soviet Politburo couldn’t keep a lid on the disaster caused by years of mismanagement and poor engineering. Scholars believe Chernobyl shed a light on the failures of the communist state and helped to start the dissolution of the USSR. The Chernobyl Exclusion Zone now covers 1,000 square miles, and the area looks as it did 35 years ago. Buildings, vehicles and even carnival rides remain as they were at the time of the evacuation and sit in a state of decay as an eerie reminder of this nuclear disaster.

If that weren’t bad enough, water shortages and electrical outages are a regular part of life thanks to government mismanagement. Healthcare in the country is virtually nonexistent, and the crime rate is sky high. For many average Venezuelans, dumpster diving is a regular part of life, and the desperate even resort to eating family pets. More than three million people have fled the country since 2015, and most of those who remain wage a constant battle for survival.

A coal slurry landslide killed 116 children and 28 adults in Aberfan, Wales, on Oct. 21, 1966. Waste from a coal mine was placed in storage areas located on sandstone overlooking the village. Just as students arrived for midterms at Pantglas Junior School, the hillside gave way after weeks of rain.

It is estimated that 150,000 tons of coal waste in one of the spoil tips liquefied, and the black slop flowed downhill, picking up other debris as it went. The slide completely engulfed the school, destroying walls, bursting water pipes and drowning many of the unfortunate caught in the wave.

Those who survived described the sound as being similar to a jet taking off. Volunteers, some of whom were actual coalminers from the mine, jumped into action to rescue children. Jeff Edwards was pinned under his desk, which created an air pocket. His teacher and most of his classmates weren’t so fortunate. He told the London Daily Mail, “All our friends were gone.”

India was the site of one of the world’s worst industrial accidents when gas leaked from a Union Carbon pesticide plant in the city of Bhopal on the night of Dec. 2, 1984. Highly toxic methyl isocyanate and other poisonous gases drifted into mostly poor nearby towns and villages, subjecting 600,000 people to the fumes. “The gases stayed low to the ground, causing victims’ throats and eyes to burn, inducing nausea and many deaths,” The Atlantic noted of the leak.

Government officials initially estimated deaths at 3,800 but now believe that 15,000 have died throughout the subsequent years from their exposure. More than 500,000 people were injured, with 3,900 severely and permanently disabled. The facility has been abandoned, and almost 40 years later, it still remains contaminated.

Located in the Aral Sea on the border of Kazakhstan and Uzbekistan, Vozrozhdeniya Island’s locals enjoyed their quaint fishing villages and lush lagoons. However, in 1954, the Soviet Union built a top-secret biological warfare facility on the island. What could go wrong?

In 1971, a smallpox outbreak disaster killed nine people, and a year later, two dead fishermen were found drifting in their boat, believed to be victims of the plague. In the early 1980s, the area’s once-plentiful waters instead produced nets full of dead fish. At one point, 50,000 antelope dropped dead in the span of an hour. The Soviets further contaminated the island in the 1980s by using the site to get rid of anthrax. Completely abandoned in the 1990s, Vozrozhdeniya remains one of the deadliest places on Earth.

Beyond the biological dangers, the island and the Aral Sea have been ravaged in other ways. “After years of abuse by the Soviets, the waters have receded and the sea has turned to dust; the rivers that fed it were diverted to irrigate cotton fields,” the BBC notes. “Today, a layer of salty sand, riddled with carcinogenic pesticides, is all that remains of the ancient oasis.”

While North Korea is its own disaster zone, an event three decades ago stands out. Because of the communist regime’s secretive nature, complete details aren’t available. But on Nov. 30, 1991, a massive explosion rocked a factory located in the city of Kanggye, about 185 miles north of Pyongyang. It is believed that 1,000 or more people were killed in the blast.

This wasn’t just any factory, however. Officially known as Kanggye Tractor Factory, the items produced there certainly weren’t used on farms. Also known as Factory 26, the facility produced mortar and rifle rounds as well as artillery ammunition, like rockets and missiles. The devastation was a survivalist’s worst nightmare.

“A sonic wave crashed into the windows of neighboring houses,” NK News reports. “People looked out their windows and saw that the explosions had also damaged the city’s power plant, cutting electrical power and sending a red flash up into the sky. Some thought it was an earthquake, but then they saw a fiery mushroom cloud where once Factory 26 had been.”