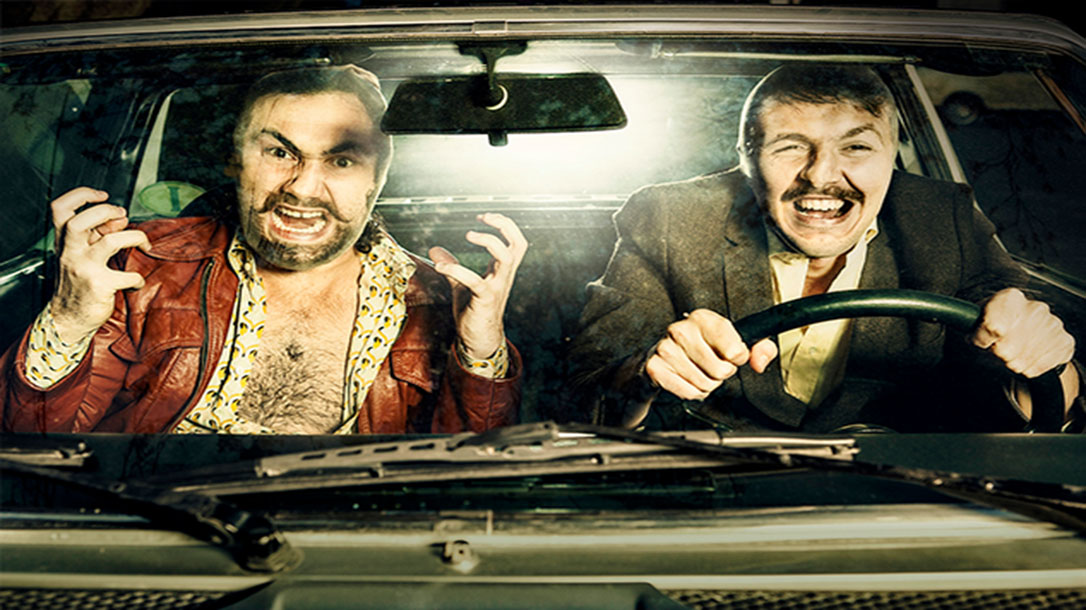 One other type of film remains popular with many men – the heist. Obviously, most people don’t want to be crooks, but seeing a well-planned theft or robbery can undoubtedly be fascinating. Whether these bad guys bungle the job or get away with their loot is all part of the fun.

A crime caper based on actual events makes a movie or series even more intoxicating. Here’s a look at a few to check out.

However, when those involved start living a bit too extravagantly, Jimmy murders many in the crew to keep the scam hush-hush. The Lufthansa robbery really took place on Dec. 11, 1978, with crooks making off with about $5 million in cash and $875,000 in jewelry.

This was one of the biggest cash robberies ever committed in the U.S. at the time. Lucchese crime family associate Jimmy Burke was believed to have organized the crime but was never charged. Just like in the film, his reputed henchmen also began dropping dead.

2 – Inventing Anna (2022)
This new series stars Julia Garner as Anna Delvey (real name Sorokin), a Russian-born woman claiming to be a German heiress. The fake back story helped Delvey install herself into New York high society. She stole hundreds of thousands of dollars from luxury hotels, banks, and her new wealthy associates.

The series has blown up on Netflix since its debut in February. While much of Inventing Anna is a fictionalized account, the story is based on actual events. Delvey moved to the Big Apple in 2013 and promptly went on a scamming spree – forgetting about debts to associates, convincing banks to lend her six-figure sums, starting a fake foundation (complete with fake bank statements), and more.

The Las Vegas Strip Is Born

3 – Casino (1995)
De Niro and Pesci are at it again, this time as heads of a Las Vegas casino run by the Chicago Outfit. If you’ve ever wondered how the mob ran Sin City, this film nails it. Mobsters like cash businesses and casinos fit the bill.

Sam (De Niro) ensures plenty of cash is skimmed and heads to the mob. However, Sam’s partner in the operation, Nicky (Pesci), is becoming too erratic and drawing interest from law enforcement.

It doesn’t end well for Nicky, and the entire episode is based on actual events. Sam’s character is based on Frank Rosenthal, who ran the Stardust, Fremont, Marina, and Hacienda casinos from the ’70s through 1981.

Nicky is based on Tony “The Ant” Spilotro, a real-life Chicago mobster. His penchant for break-ins and murder began attracting attention. Like Nicky in the film, things don’t end well. Not to give too much away, just think baseball bats, blood, and a cornfield. This unforgettable film easily ranks as one of the all-time great heist movies.

A Couple Of Instant Classics

4 – The Old Man and the Gun (2019)
Based on the reporting of author David Grann (Lost City of Z; Killers of the Flower Moon), this film revolves around career criminal Forrest Tucker (Robert Redford). Ticker stole millions throughout his lifetime and gives it one last go.

Living in a retirement home at the time, Tucker robs four banks to end his career. In most attempts, the crook never even drew his gun. The film makes a few changes, including the 70-year-old Tucker escaping from San Quentin Prison.

That may not be too far from the truth; however, the real-life crook had skills at “unauthorized exits” from correctional facilities. The film drew excellent reviews and was Redford’s last film before retirement. Unlike Tucker, the actor’s last hurrah didn’t involve a jail sentence. This easily ranks as one of the all-time great heist movies.

5 – The Grey Fox (1983)
What does one do after spending years in San Quentin for stagecoach robbery? Head to Canada to rob a train. At least that’s what lifelong outlaw Bill Miner does.

The Grey Fox wasn’t the typical Old West stickup man and was remembered by many as the “Gentleman Bandit” for his kindness in separating victims from their cash. Miner carried out what’s believed to be British Columbia’s only train robbery on Sept. 10, 1904

The great Richard Farnsworth plays the role of Miner. The Grey Fox takes some fictional liberties but was well-regarded by critics. Jump on board for one of the Old West’s last train robberies – no prison sentence required.