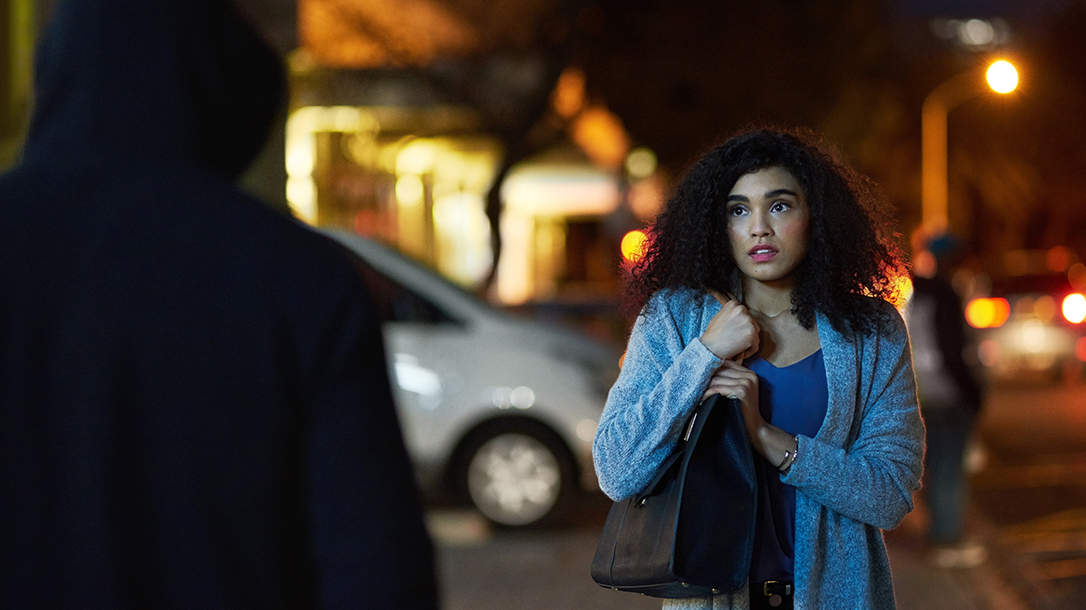 The 360 Mindset: Seeing the Big Picture to Avoid Trouble

Bad guys don’t play fair, and in a physical conflict, you’ll probably end up fighting their buddies as well, putting you at a major disadvantage…or does it?

It may seem like two against one or three against one are losing odds for you, if or when, trouble comes your way. However, it doesn’t have to be like that, especially if you keep a 360 mindset throughout the fight.

Simply put, tunnel vision will get you injured or even killed. Seeing the big picture, meaning that if you take in all your surroundings, including all possible attackers, viable exits, obstacles in your vicinity and potential weapons nearby, you can beat the odds and escape your dangerous predicament.

Easier said than done? Of course, like nearly anything else in your life. But with some basic knowledge of distancing, constant movement, and multiple attack, offensive and defensive techniques, you’ll become a whirlwind around your foes and leave them scratching their heads and saying, “What the hell just happened here?”

SCOPE YOUR ENEMIES AND SURROUNDINGS

Looking straight at your foe with an emotionless guise may help to enforce your tough-guy image to your opponent, but it is highly detrimental to both your well-being and ability to escape the situation.

First, you should be far enough away from your adversary so you can see his (or her) entire body without looking up and down. This will help you avoid a quick sucker punch or a well-hidden hand that may be housing a knife, gun, or other dangerous tool of death.

Second, using your peripheral vision, you need to notice possible escape exits, your foe’s friends possibly hanging in the shadows ready to pounce, and anything within grasping distance that may aid in your conflict. This could be something as simple as an umbrella (Yes, an umbrella. Those metal pointed tips can do severe damage to a foe’s face), or a chair for blocking his path, and even his helper friend who may happen to be positioned perfectly for you to exploit (more on that later). The bottom line is, you need to see the big picture of everything around you even when you are seemingly fighting one-on-one.

Another highly important aspect of multiple-attack training (and survival in the real world) is to stay constantly moving throughout your foes to either find a viable escape hole or just to keep them from grabbing you. Remember, once grabbed, it’s surely lights out for you.

Moving throughout your foes takes practice. It should be a combination of defensive moves such as redirection of their attacks or offensive strikes, all performed when you are continually mobile around the group. This is also where your peripheral vision and taking in the “whole picture” directly comes into play. You’ll need to have eyes on all your foes and react accordingly. Never focus solely on one individual, becoming distracted.

In fact, as you are throwing a strike or parrying the attack of one adversary, you should be dialed in on the next attack coming your way and so forth. This way, you’re always going to be one step ahead of the group. Additionally, the direction you take within the fight depends upon the attackers. Always keep a shield (the foe you’re dealing with at the time) between you and the next attacker. Not only does he block the path of your next attacker’s strikes or grab, but he may be the unlucky recipient of some poorly punches or kicks intended for you.

Knowing some self-defense techniques is a plus, of course. But using techniques that are not intended for multiple attack situations are not helpful and may even cause much more harm than good for you. Any martial arts that focus on one-on-one interaction should be avoided (sorry Brazilian Ju-jitsu fans, but multiple attack is not your forte). Simple moves such as parrying and striking (while moving, of course), fast snapping front kicks (targeting groin and below) and finger jabs to the eye and knuckles to the throat are highly effective as you move throughout your adversaries.

Complicated throws or takedowns may work, but they will also slow down your fluidity and movement. Taking one “bad guy” down hard may be appealing when it’s mano e mano, but that victory will be short-lived when his friends pummel you to a pulp after your brief victory.

Learning how to parry a grab may not be as flashy as a powerful punch or kick, but it’s an invaluable skill to master because it will prevent you from being caught and eventually overcome by multiple foes.

Ultimately, the combination of constant movement, strategic strikes and parries, and martial art or self-defense techniques that are intended for multiple attack situations will aid you to escape the clutches of a small gang and even allow you to take a few of them down hard as you flee the scene.

DON’T BE AN ACTION STAR

The main goal of being the target of a multi-person attack is to escape. It’s not to allow you your five-minutes of fame on the internet as you take down opponent after opponent without a scratch on your body. That’s not reality.

A real multi-person attack delivers hits and cuts, leaving you severely out of breath as the anxiety and adrenaline hit your body. Your focus should be on getting past the attackers and reaching a safe location. All it may take is one move and some fast feet and you’ll be on your way to freedom.

It’s not an ’80s action movie, and you’re not Seagal, Van Damme, or Jackie Chan.

Multiple-attack ambushes put you at a disadvantage, at least when it comes to sheer numbers. However, with some diligent practice centered around self-defense against more than one individual, being mindful of your surroundings, and understanding that fleeing to safety is not a cowardly thing to do (would you rather stand your ground and be carried by six?), you’ll live to tell your tale how you stood against many and emerged victorious.

Fists and Feet of Fury

Not every martial art is a viable force against an attack by two or more individuals. Some arts are for sport and allow you to earn trophies, while others emphasize philosophy over bone-breaking techniques. Here are four popular martial arts that you can take that will come in handy when a bad guy and his boys cross your path and want to play.

A Japanese martial art that emphasizes defense as opposed to offense. However, don’t underestimate Aikido. It’s Randori (multiple attack) training is excellent, often incorporating weapons into the mix. Want to learn to move throughout a violent group? Aikido is one of the best to help you.

Incorporating Aikido, Judo, and Karate techniques, Japanese Ju-Jitsu is the Jack-of-all-trades when it comes to diverse and varied techniques. Ju-Jitsu comes through like a pro, for both offense and defense.

This Israeli martial art is pure self-defense. No fluff, no competitions, no spectacle, just hard core techniques that can save your life against one or more individuals out to do you harm. Its direct approach to dealing with a physical situation comes from years of reliable use during numerous wars throughout the world.

Developed by Bruce Lee (that should speak for itself), this martial art is not a confined style but a free-flowing combination of simple techniques that work in a myriad of situations. Jeet Kune Do incorporates concepts from fencing, boxing, Wing Chun, and other established martial arts.