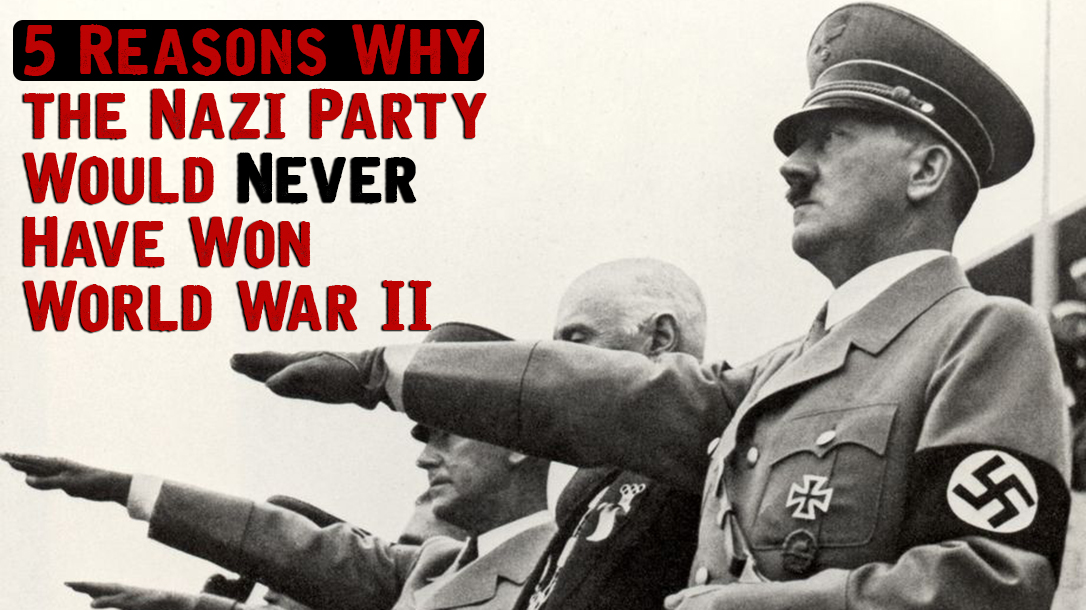 Despite what movies and television would have you believe, the Nazi Party was not all that great at anything. They sucked at governing, they made poor decisions, and yes, they weren’t even all that great at war.

Some of you reading this are already about to call me out on and Twitter or Facebook or make a six-minute video where you piss and moan about how much I suck. It’s all been done, and I’m still not impressed by any of it because I’m right.

And it only makes it more laughable that some people to this day would choose to idolize these clowns instead of literally any American GI fighting with the arsenal of democracy behind them. The Nazi Party was doomed from the start, and here’s why:

It’s not like he was elected with an overwhelming mandate by the people. The Nazi Party only won a third of the seats in the Reichstag. They then proceeded to whine about how their supporters were getting beaten and killed so the legislature would pass a law to imprison violent offenders. Hitler later used that law to kill his enemies and seize power.

“But what about the economy?” Hitler and the Nazi Party didn’t have much to do with that either. I don’t have the space to explain fascist economics here, but the government controlled public and private business. Of course, you can get zero unemployment when everyone is building a road or drafted into the army. These idiots were still grinding acorns to make coffee.

2. The Nazi Party Wasn’t Ready For A Real War

The invasion of Poland didn’t go as planned. It took 20 days and a Soviet invasion from the other direction to win, and the Poles still gave the Nazis a black eye. The Nazis lost 15,000 men and hundreds of tanks, armored vehicles and aircraft. They were clearly not ready for someone to fight back. They would need things they didn’t have—like supplies—to take down a real opponent.

The only reason the Nazi Party and its Wehrmacht were able to sweep France and the Low Countries so quickly is that they were the first to realize that speed was the key, not stupid trenches and fixed defenses. The Allies were still ready to refight World War I, but the Germans weren’t. But even then, they still needed crystal meth to do it.

3. The Nazi Party Had A History Of Terrible Decisions

This goes well beyond choosing Mussolini as an ally. Hitler and the Nazi Party were genuinely surprised when Britain and France declared war. They really didn’t think it would happen. If the Allies had invaded Germany right away, the whole mess might have been avoided. But like every other success the Nazi Party enjoyed, dumb luck allowed for success.

Once war came, it was one bad call after another. Hitler didn’t have a secure source of oil, so he attacked North Africa. Learning nothing from World War I, he started a second front against the Soviet Union. Once stuck in that war, he blew his load at Stalingrad, which basically lost the war in the East. Germany also declared war on the United States, which might have been avoided, but that’s what happens when you put idiots in charge.

And what the Nazi Party did have was a one-trick pony. While the rest of the world was proving naval air power was the future of warfare, Germany finished the world’s largest battleships. The first was at the bottom of the ocean within a year. The other didn’t do much before it sunk in 1944. That left U-boats: the Street Fighter II equivalent of E. Honda’s “Hundred-Hand Slap.”

Germany relied on submarines to cripple Allied shipping, but by the end of 1941, the British could read German communications and U.S. industry was in the war and producing more ships than the Nazis could sink. Meanwhile, the German Navy was struggling to produce U-boats. Even worse, it couldn’t communicate because of the Nazi Party’s chain of command, which leads us to …

The German Luftwaffe once attacked the German Navy, sinking two destroyers because the two branches couldn’t talk directly to one another. The reason for this was Hermann Göring, Luftwaffe commander in chief, who spent much of the war in a drug-fueled haze buying art for his house. Göring created a culture that did not welcome bad news, so damage reports during the Battle of Britain and beyond were overly optimistic, and German high command wasn’t dealing with reality.

Göring made promises to Hitler in terms of cargo airlift and aircover that he couldn’t deliver, leading Hitler, Nazi Party leaders and field marshals to make and accept orders that were fundamentally flawed. The Allies were bombing Germany by May of 1942, and by early 1944, they controlled the skies, but Goring was in command until the end. And the end came not long after. 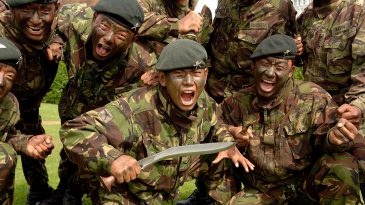 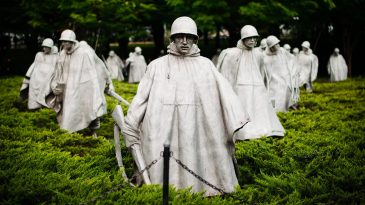 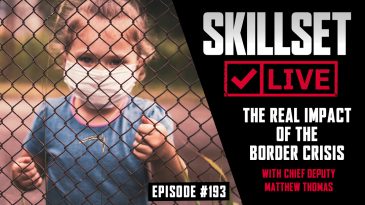 LISTEN: The Real Impact of the Southern Border Crisis

This week we welcome back Chief Deputy Matthew Thomas from the Pinal County Sheriff’s Office in Arizona to Skillset Live.