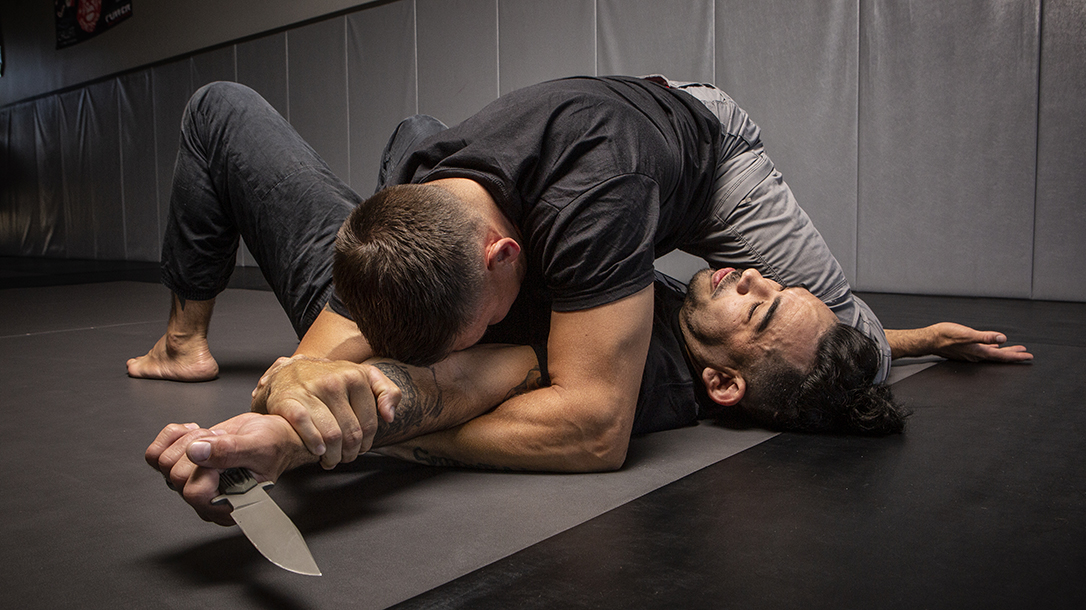 Brazilian jiu jitsu is a grappling martial art with roots in Japanese samurai culture. BJJ focuses on controlling one’s opponent and reaching a dominant position on the ground that forces a submission. Jiujitsu translated from Japanese roughly means “the gentle art” or the gentle skill. BJJ is unique in that it doesn’t involve striking opponents. It relies on finesse rather than on brute force and athleticism.

Carlos and Helio Gracie, learned the art from a traveling Japanese practitioner in Brazil in the 1920s. The brothers adapted and added to the system, creating what is known today as Gracie jiujitsu. The Gracie family honed and sharpened the martial art for decades in relative anonymity until the first UFC event provided the perfect opportunity to demonstrate it to the world. Royce Gracie represented BJJ by winning three fights by submission in one night and capturing the first UFC title. At 170 pounds, Royce Gracie’s defeat of bigger and stronger opponents shocked viewers and rocketed BJJ into worldwide awareness. Since then, BJJ schools have sprung up across the world, and its effectiveness as a martial art has been firmly established.

Police officers deal with confrontation constantly. While most interactions or even confrontations with police don’t become physical, a certain number of them always will. In order to avoid wrongful deaths of both police and suspects, it is imperative that police are extensively trained. It is also important that they have confidence those techniques work and that they can apply them successfully. Anybody who has been in a street fight knows that altercations can be chaotic. Being able to execute skilled maneuvers on an unwilling participant in real life is very difficult. The potential for injuring someone with an improperly understood and executed choke or joint lock is high.

Currently, police receive very little grappling instruction and training. An officer can fear for his life in a confrontation with a bigger, stronger person; this can cause them to overcompensate with aggression, by strangling or smothering suspects in a frenzied way or by reaching for their nightsticks, guns or Tasers.

We Know What It Is, But Why Do Cops Need To Be Trained In It?

Proper Brazilian jiu jitsu training allows a person to become comfortable when struggling with another. Someone skilled in BJJ will be much more at ease in a street fight or when arresting a combative suspect than someone who has little or no training. Through repetition, BJJ practitioners learn to control their minds over the course of a physical struggle. This allows for clearer decision making. They learn how to collect themselves and respond when put in bad positions. Those who consistently practice BJJ are also kept in good physical condition through regular sparring. Perhaps most importantly, they develop a realistic estimation of their fighting capabilities, which is something very few people have. And if they are good, they will have the confidence that they can fight well, which is also critical in any physical altercation.

Furthermore, more confident police means less aggressive police. Fewer instances of over-aggression related to fear makes for safer police interactions with citizens. The clear headedness that comes from BJJ experience would better enable cops to protect themselves, their partners and the public.

Given prominent examples of police misusing choke holds or pinning moves that have resulted in harm or death to people, some have reservations about making police better at choking. It is important, however, not to minimize what is perhaps the biggest part of jiujitsu: establishing position and controlling your opponent’s movements. In actuality, an experienced grappler is better able to subdue someone without using any chokes than an inexperienced one is. And in worst-case scenarios, experience with the proper pinning and choking techniques only makes their use safer.

Brazilian Jiu Jitsu Is for Everyone

There is an old saying that the white belt is the most dangerous guy in the room. That is because he is the most likely to “spaz out,” and try something dangerous. This can injure his opponent or himself in the process. Experienced BJJ practitioners know their techniques, and they know how to execute them without harming their opponents. If well trained, police will be far more able to pin and control assailants without choking, injuring or smothering them.

Aside from safety and purely technical considerations, making BJJ mandatory for law enforcement personnel could serve as a weeding-out method for police candidates. Those who cannot develop to meet the physical demands of jiu jitsu will have proven that they are not physically fit enough to protect themselves or their partners in street altercations. Similarly, officers who cannot withstand the mental stresses of grappling probably should not be patrolling officers.

In addition, BJJ training has an embedded code of ethics that emphasizes respect and safety. Following this code is good exercise in humility for anyone, and those who cannot live within its reasonable constraints should not be trusted with policing either. Finally, jiu jitsu gyms are incredibly positive places filled with brotherhood and sisterhood among all walks of life. Having police training alongside the public at gyms in their communities would also be beneficial for everyone involved.

How Would Instituting This Program Work?

Brazilian jiu jitsu has a belt system that goes from white to blue, purple, brown and finally, black. While the system is not perfect, you get an idea of skill level by looking at their belt color. Additionally, you can go to almost any town in America and find a decent BJJ school. This system makes standardizing BJJ for police forces easy. I would also suggest that police reach the level of a blue belt to work in the field. Acquiring a blue belt takes around a year, and this denotes a substantial level of skill for most people.

Upon reaching that mark, it is imperative that officers continue their training. A mandatory program that pays officers for their time attending BJJ classes would also be in order. It is unfair for us to require police officers to grapple with criminals without providing proper training. Including quality, consistentBJJ training for police will make both officers and the public safer. 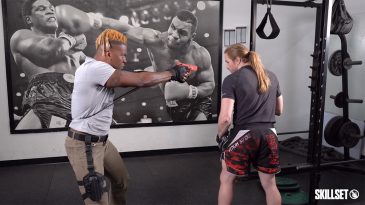 Strike and Draw: Creating Distance for a Firearm Use in a Fight

Our focus is to bring you a variety of fighters and disciplines so you can improve your skillset! If you’ve 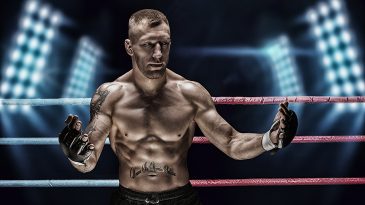 Since long before the UFC’s creation, arguments raged about which fighting styles or martial arts were superior. Boxing was the 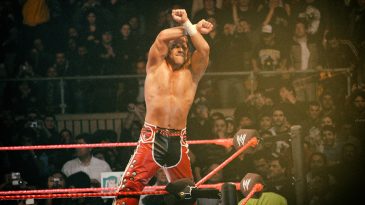 The cadre of professional wrestling has changed dramatically since its early days, and it was the ’90s wrestlers who helped