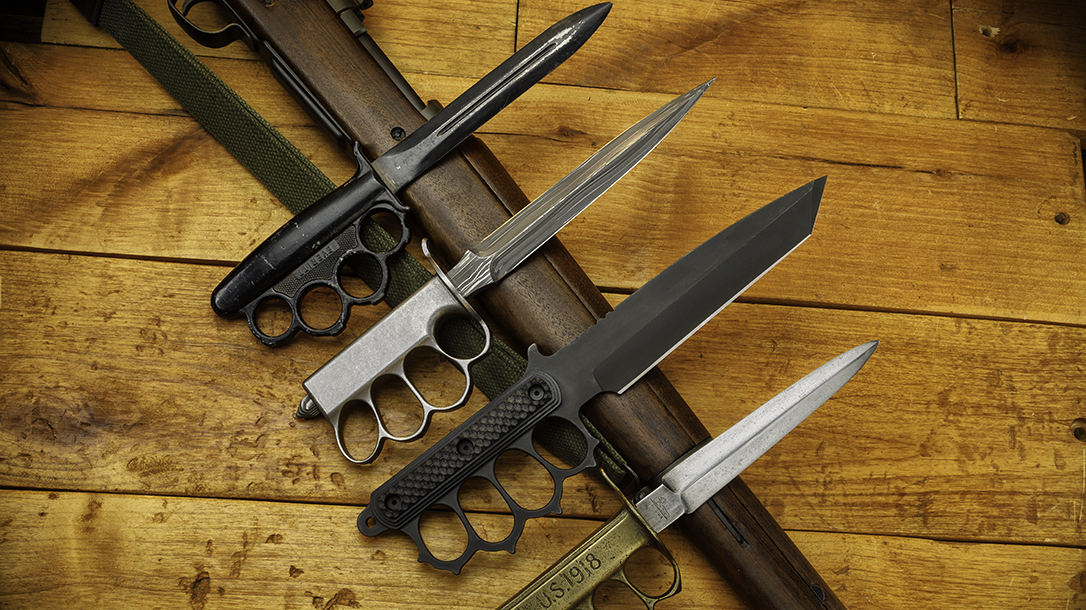 Trench Knife: The Well-Known Knuckle Duster of World War I

The year is 1914, a time when men were men and the sheep ran scared. The setting is a foggy European landscape at night. The conditions are cold, wet, austere. You are hungry and scared, but still completely focused on the task at hand. You are also about to take the life of a man that you don’t know for the greater good of the world with a sentry-removal tool called the trench knife. This instrument of death gives you the option of either crushing his skull with its brass knuckle-style handle or skewering him with the blade.

With catlike agility, you sneak up behind the sentry and act upon your wise decision to first crack his head with the knuckles and then slice open his throat. You have truly used the trench knife to its fullest and completed your mission. OK, OK—back to reality folks … it’s 2019, you’re reading Skillset Magazine, and we’re about to discuss the collectibility of the most recognizable non-firearm killing tool.

The History of the Trench Knife

Before we talk about how collectible trench knives actually are, let’s get to know this weapon a bit. Although knife designs similar to the trench knife may have predated 1914, it wasn’t made famous until U.S. and foreign armed forces started using them in World War I. The trench knife got its name during the Great War, when troops would live in 20-foot-deep trenches.

The original trench knife used in World War I was made by French manufacturer Au Lion. This was followed by a one-million-piece order manufactured by the U.S. company Landers, Frary & Clark (L.F.&C.). The MK1 trench knife is an American trench variation and was designed by officers of the American Expeditionary Force (AEF) for use in World War I. Design changes led to the M1917 and M1918 trench knives. Toward the end of the war and after exhaustive testing, the AEF realized that the trench knife was too limited for soldiers to use as a utilitarian knif. After that it was strictly deployed as a man-killing tool.

Regarding their collectibility, trench knives are weapons that will never go out of style. They will continue to increase in value if you buy original manufactured ones made for military use under contract. Of course, there are some versions that defy the rules, such as custom-made ones by well-known tactical knife makers. The average price for a trench knife is as low as $500 and can average up to $1,500 (even though there are some that go for thousands). The most desirable ones (not the rarest) are from L.F.&C. A lot of the trench knives made by L.F.&C. are stamped under the hilt with their name and the letters U.S. and the years 1917 and 1918.

The blades on these are typically just a triangular spike, with a wooden handle and a metal guard with spikes on it. The sheaths are generally made out of metal as well. It is very important to know that you should not expect to find these dead mint, since most of them are from World War I and are over one hundred years old. It is normal to see some wear and tear, maybe a little bit of rust and a lot of patina. In addition, another U.S. company called A.C. CO. made an extremely rare, collectible trench knife. These look very similar to L.F.&C. knives but are manufactured a bit cleaner and nicer.

Next, I am going to advise that if you are buying trench knives to make money (which you totally can), you need to really do your homework. Plenty of trench knives have been cut down in size or modified for various reasons. Sometimes these modifications are acceptable and will not affect the value, but sometimes they will greatly diminish the knife’s worth.

There are experts that travel the knife- and gun-show circuit who can guide you so you don’t get ripped off. People like Paul Farina and Art Green have a wealth of knowledge and are honest purveyors who want to see people enjoy the art of collecting vintage military knives. Both myself and fellow Skillset Magazine contributor Brady Miller have made multiple purchases from both. Just know that if you decide to build a collection of trench knives, it’s a safe bet for your money. Feel free to DM me on Instagram if you have any questions @Hank_Greenberg_.

Here are some other collectibles to look at for investment purposes:

For even more high-end “alpha lifestyle” collectibles , check out our podcast Skillset Live!  Get in on the conversation on our social media pages or pick up a back issue at OutdoorGroupStore.com! 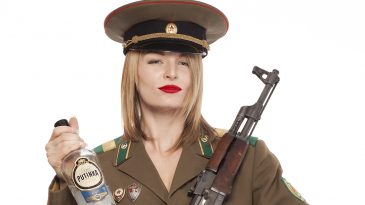 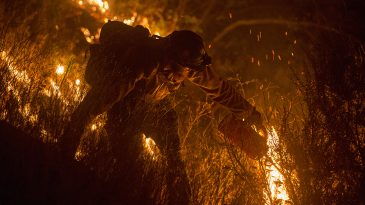 This summer in the western United States hundreds of wildfires will ignite. Some of these fires will be many miles 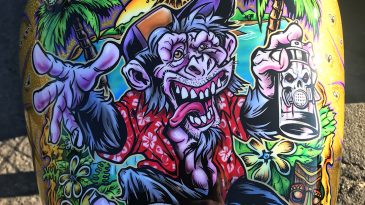