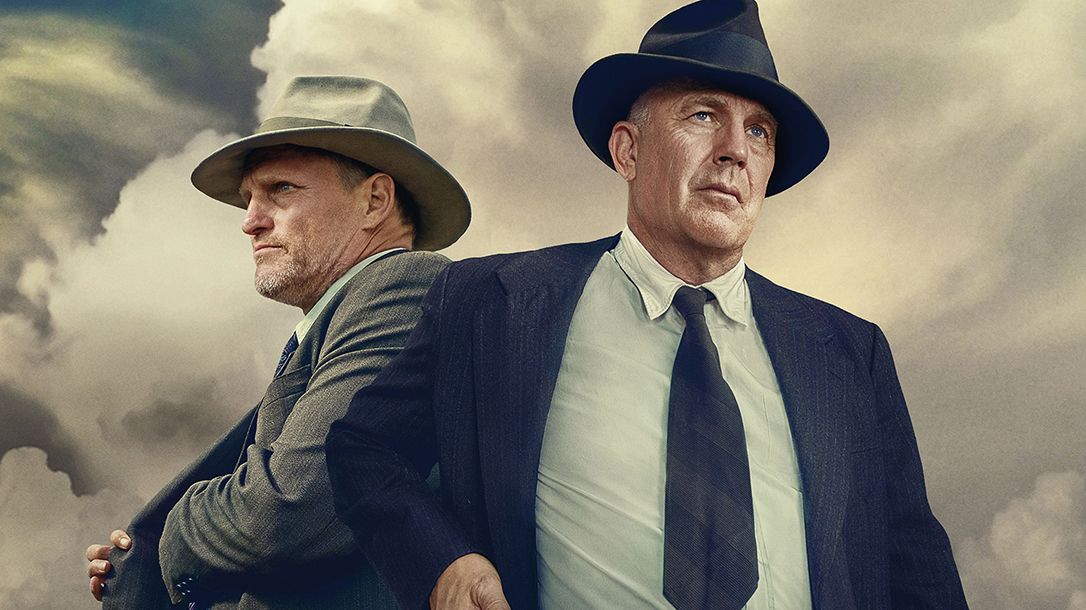 Photo by Courtesy Of Netflix

In an era where lawmen used fist, feet and firearms to capture fugitives, Frank Hamer reigned supreme for four decades as Texas’ deadliest manhunter. From horseback to horsepower, he traveled the Lone Star State as a Texas Ranger, city marshal, Houston cop and prohibition agent. This sixth-grade dropout with a photographic memory and an innate sense of colorblind justice was shot twice, survived 52 gunfights, killed 27 men, fought the KKK, saved 15 black men from lynch mobs and was the man who killed Bonnie and Clyde.

In the summer of 1908, lynch mobs plagued Texas, and Ranger Hamer was at the forefront of stopping them. While investigating a murder-for-hire plot, Hamer, not trusting the local jailers to protect his arrestee, disseminated misinformation that he was going to transport the suspect to other locations to identify co-conspirators. This tactic allowed Hamer to safely secure the arrestee 20 miles out of town. That night, lynch mobs raided jails and killed nine inmates in Texas’ worst night of lynching. Hamer continued his investigation, and the real killer was charged and convicted. Hamer’s prisoner was exonerated.

Shortly thereafter, while in Jefferson County, Texas, Hamer volunteered to protect two black men accused of raping a teenage girl. With the town crawling with lynch mobs searching carts, homes and trains, the local sheriff hid them in a barn. Hamer hid with the arrestees just before the mob entered the barn within feet of the well-hidden trio. After the mob left, Ranger Hamer and a local cop escorted the prisoners out into the nearby swamp. Once there they began slithering on their bellies through snake-infested marshes only to hear gunfire and feet splashing nearby.

All four men buried their faces in the mud and froze in place. They were within feet of the mob, but silent and stock-still, they survived. As the sounds of the mob trailed off to silence, Hamer led them crawling through the swamp, only to have several more dangerously close encounters. Fortunately, they were able to evade detection each time. After many hours and several miles, they made it to safety in Hamilton, Texas, where they commandeered a train and traveled to Galveston unharmed. One of the men was later positively identified by the victim and convicted; however, the other was innocent and exonerated.

Solo Sentry In A Lawless City

Coupled with the resurgent KKK, lynch mob violence continued. As a ranger, Hamer fought back against the Klan. Often posted in front of the jail with Tommy Gun in hand, Hamer knew the psychological effect of standing down an impending lynch mob. His reputation for killing men in various gun battles with his rifle and pistol made mobs worry about what he could do with a machine gun. With each Hamer encounter, lynching became less frequent, and he was credited with saving a total of 15 African-American men.

While he served for two years as city marshal of Navasota, Texas (pop. 3000), a city plagued by the White Man’s Union, he set the tone as the lone lawman in town by snatching the beard of the first member to challenge him, slamming him face first into the mud, then dragging him off to jail. Another member called him a coward for carrying two pistols. Hamer simply dropped his belt in the dirt and beat the man with his fist and feet in view of the townspeople.

The WMU’s racial violence was significantly curtailed due to Hamer’s multiple shootings and fist-to-face arrest. He would often target practice in the open, so all could see his deadly skill. He befriended and protected the teen Mance Lipscomb, later a legendary blues artist, who would drive Hamer’s horse cart on patrol and set targets for Hamer to shoot.

As a gift for his dedication to duty and justice, the city prosecutor presented Hamer with a Colt .45 revolver with his name engraved on the backstrap. Nicknamed “Old Lucky” by Hamer, he carried it for many years, and it is considered one of the most valuable Colts in existence. After leaving Navasota, he became a Houston cop in the 5th Ward, tackling gambling rings and hunting fugitives. Once disguised as a farmer, he climbed through a bathroom window during a raid and arrested 38 gamblers. Using the cover identity of a bible-carrying preacher, he tracked down a cop-killing fugitive from Houston to Louisiana. His skills were quickly becoming legendary.

Hamer’s wife was a pistol-packing woman with a spiteful ex-husband. As a teen, she shot two male attackers and practiced armed defense. After a terrible divorce, her ex tried to take their two daughters from her. She answered with several deadly shots from her pistol.

Her ex’s family swore vengeance and staged an ambush against her and Hamer. While at a gas station, Hamer was shot twice by a 1911 .45 and heard a shotgun blast near his head. He disarmed the suspect then drew his Smith and Wesson .44 revolver from his shoulder holster, leaving Old Lucky tucked in his waistband. He killed an additional gunman while his wife drew her pistol and joined the firefight.

Hamer survived only to be charged and jailed for the shooting. While in his cell, a lynch mob hovered outside, threatening to take action against Hamer. The mob was informed they could do as they wished, but were warned that Hamer was sitting in his cell with a rifle and shotgun to defend himself. The mob chose wisely and dispersed without entering the jail. The charges were dismissed several days later, and Hamer exited the jail. Once again, Hamer prevented a lynching—his own.

For a few years, Hamer was a prohibition officer investigating corrupt cops, politicians and platoon-sized smuggling organizations. He was embroiled in numerous gun battles in El Paso, Texas’ deadliest city. One fight lasted over two hours with more than a thousand rounds exchanged, resulting in the lawman beside Hamer dying from a bullet to the belly. During this bloody era, smuggling rings had grown from cells of two or three fleeing at the sound of gunfire to bands of twenty to thirty hardened gunfighters willing to shoot it out with any lawmen. In one incident, he and another agent shot and killed six smugglers at the border.

After fleeing justice, robbing banks, killing nine cops and amassing an arsenal, Bonnie Parker and Clyde Barrow had left a path of pain and destruction by 1934, when the two lovers became 50-year-old Hamer’s number-one focus.

Hamer had previously developed a reputation for ambushing fugitives after learning their routes of travel from his vast network of informants. Rafael Lopez, Utah’s most infamous cop killer, had avoided capture for years until Hamer got information from an informant about Lopez’s gang operating in Del Rio, Texas. In the dead of night, Hamer and his men set up an ambush site. When multiple mounted figures approached, the lawmen made their announcement, abruptly receiving a volley of fire. After a bullet grazed Hamer’s cheek, he emptied his .25-caliber Remington rifle, ending Lopez’s life and killing 11 other desperados.

Hamer interviewed everyone he could find linked to Bonnie and Clyde and quickly learned their behaviors. A major piece of information was which cigarette brands they smoked. (Bonnie favored Camels, while Clyde enjoyed Bull Durhams.) Flipping a jailed associate, he developed leads to Louisiana. Hamer’s plan to catch them asleep at a campsite and arrest them without incident did not pan out. Although he was able to confirm their campsites by their discarded cigarette butts, he was always a day or two behind them. His only option was to convince a confidant of the Barrow Gang to cooperate and help lay a trap.

Acquiring a secluded house along a narrow road, Hamer used the source to lure the fugitives to several visits; however, there was no safe way to approach them without putting the informant and his family in jeopardy. Hamer decided the best option would be an ambush along the road. Learning of Clyde’s return to the house, Hamer had the confidant park his vehicle in the road and remove a tire.

Assigning sectors of fire, Hamer staged the other five lawmen several yards apart concealed in the brush. The line consisted of a BAR (Browning Automatic Rifle), several Remington 8 rifles and short Remington 11 shotguns. With a Remington 8 in hand and Old Lucky on his hip, Hamer settled into position. As planned, Bonnie and Clyde stopped for the disabled vehicle. The youngest of the lawmen fired first, and then the line erupted. Receiving more than 150 rounds, Bonnie and Clyde’s car rolled past slowly and then stopped. Ditching his dry rifle and drawing Old Lucky, Hamer was the first to break cover and clear the vehicle. There was no movement, only the lifeless Barrow holding his BAR and the deceased Parker clutching a pistol. The remaining four lawmen exited the brush uninjured.

In 1955, Frank Hamer passed away from a heart attack. His wife would later successfully sue Warner Bros.’ studio for their false depiction of him in their 1967 blockbuster Bonnie and Clyde. He was never kidnapped or humiliated by the fugitives, and their deaths were not retribution. Hamer’s widow was awarded $20,000 for the misrepresentation. Needless to say, Frank Hamer’s life cannot be condensed into these few pages. John Boessenecker’s biography of Hamer, Texas Ranger: The Epic Life of Frank Hamer, the Man Who Killed Bonnie and Clyde, thoroughly documents Hamer’s expansive life and his contributions to keeping the peace.

If you’re a proud supporter of Law Enforcement, be sure to check out our podcast Skillset Live!  Get in on the conversation on our social media pages or pick up a back issue at OutdoorGroupStore.com! 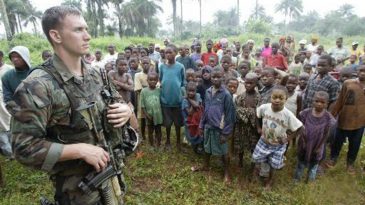 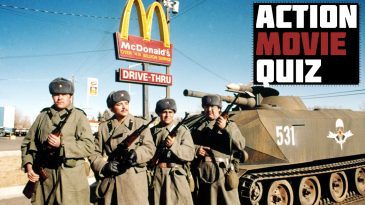 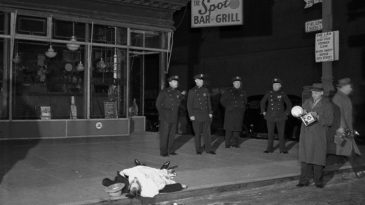 Just the name “Hell’s Kitchen” is enough to impart a sense of grit and badassery. This iconic New York City