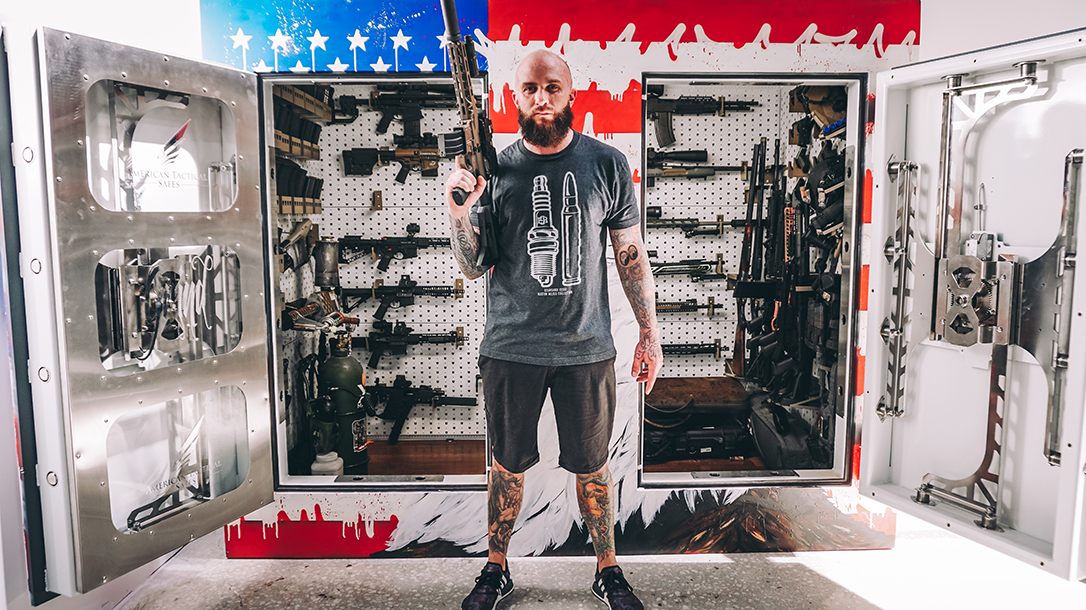 Austin Weiss, metal fabrication extraordinaire, sat down with Skillset for a glimpse into his work and his world. He has an extraordinary skill set.

SS: For the folks who might not know who you are — which is hard to imagine, given your 350,000-plus followers on Instagram — give me a brief bio and tell me how you became so successful at what you do.

AW: I was born in 1983 in Miami, and I lived and went to school in Miami Beach. I was always into cars, so I went to school to learn car audio and stuff. After finishing high school, I did that for a little while. Around that time, I met a guy named Jeremy who turned me on to welding and taught me how to MIG weld. Then I enrolled in a vocational school to learn how to TIG weld. I ended up working for a big bike shop in Fort Lauderdale and I learned a lot there. I was also on television while working there.

In 2004, I opened a custom-motorcycle fabrication shop, and I ended up winning a bunch of shows across the country. My work was featured on a lot of magazine covers and in articles, including Easyriders, American Iron and V-Twin. I realized the power of social media early on and started pushing MySpace. That led me to meet some celebrities who wanted bikes built, which helped my page grow because they would tag me in their photos and posts.

I then had the honor of being chosen to do the Easyriders Centerfold Tour in 2007. By 2008, I had three bikes in the AMA Motorcycle Hall of Fame. I used to be on Facebook a lot, but they removed my page. I then moved everything over to Instagram, where I started posting pictures of guns. This was when I really started focusing on guns — I realized pictures with guns got more interaction, so posted more of them. A lot of people who follow me for the bikes and cars also like firearms. Soon, gun companies started to take notice, and the rest is history.

SS: Tell us about the Grind Hard Garage. When did you open? Where is it located? How many guys do you have working for you? What services do you provide?

AW: The Garage by Austin Weiss, aka the Grind Hard Garage, opened in 2004. It’s located in Stuart, Fla., and currently has six full-time employees, not including myself, because I bounce around between the garage and Grind Hard Ammo. As for services, I really do what the customers want. I build some stuff to spec and sell it, but most of the time, clients will reach out to me and put in requests. I’ve built and restored some crazy stuff.

SS: We’re all about building crazy stuff! What are some of the craziest things you’ve built for clients?

AW: The craziest thing is probably the Suburban we are building right now. It has a 2,200 HP, twin-turbo, Nelson racing engine, with Roadster Shop one-off independent front and rear chassis, a chopped roof, and we are adding rear doors with suicide reverse hinges, stretching the front doors, and it will have power everything. It even has dual-zone air conditioning with three full rows.

SS: A 2,200 HP Suburban? Just add wings and that thing could fly! Who are some of the celebrities you’ve built things for?

SS: Most people know you for your metal fabrication work, from building custom cars and motorcycles to the various television programs you have participated in. That said, do you think the majority of your customers realize your obsession with firearms? Or how involved you are within the firearms community?

AW: Most of my bike and car customers know about my obsession with guns. I’m an open book.

SS: What are some of your favorite guns in your collection and why?

AW: That’s a tough one. I have so many, from my daily-carry ZEV Tech-built Glock 19 to my official The-Fix-by-Q-chambered 6.5. The custom Glock I carry is one of my favorites, though, because Alec, the owner of ZEV Technologies, built it for me. I have run a lot of rounds through it, so I know it inside and out, and I just love how it functions. It doesn’t feel like anything else I have shot. I also really love my 6.5 Creedmoor “The Fix” by Q, because it pushes the design on bolt guns. Everything from how it’s designed to how the trigger feels is just on the money. I topped it off with an EOTech VUDU 17-power glass, and it’s such a great combo.

AW: I help promote brands such as FLIR, SIG Sauer, GallowTech and others via my Instagram, and last year I started Grind Hard Ammo. We have reloads and new, premium Ammo, from range ammo to carry-defense ammo.

SS: Tell us about Grind Hard Ammo? What made you decide to manufacture your own ammo, and what was the process like getting that started?

AW: Man, Grind Hard Ammo is a dream come true! I decided to start loading ammo because I saw a niche I could fit into just perfectly. So far, it’s been a lot of work to get to where we are now. We’re offering a few different things, including sorted/processed, reloaded plinking ammo, all the way to custom, hand-loaded ammo built to your exact specs.

SS: That’s pretty cool. Now I know where to go to get silver bullets made. Tell us what you hate about the firearms industry?

AW: Gun companies that show a gun or something at the SHOT Show, and then never release it. Also, I’m no fan of gimmicky stuff.

SS: I can definitely relate to both of those issues. You and I came from similar backgrounds; we both studied under masters at their craft and then branched off and started doing our own things. Do you feel that that sort of apprenticeship is the best way to get into an industry like yours?

AW: I sure do. I think it’s a great way to learn. I continue to learn and am far from a master at anything. Also, I continue to hire better and smarter people than me. I always strive to train under guys who have been there and done that. I go in with an open mind and open ears. A long time ago, I learned that I know a little about a lot, so I try to pick the masters to train under.

SS: In this digital era, do you feel that that craftsmanship is lost today?

AW: I feel that many of this computer generation have lost touch with hands-on craftsmanship, even though many people today still choose to create with their hands. That said, I use YouTube to watch videos on metal work and welding, and I use Google to search out tools I need for my metal fabrication shop. So, for me, the vast knowledge available on the internet for free is still very valuable. It’s really all in how you use it.

SS: I couldn’t agree with you more — use technology as a tool to learn craftsmanship.   Since it seems like everything you touch becomes successful, what advice would you give new entrepreneurs?

AW: Thank you! But really, it’s just hard work and having the right team of people. I’m still learning how to be an entrepreneur. Some of the things I do to be successful include making plans, managing my time, working on my goals every day and using technology and apps whenever they are useful. I try to lead by example, and I push myself every day to learn something new and to try something new. I understand that shit is going to get hard, I’m going to fall down at times and things I try aren’t going to work out for me all the time, but I keep moving forward.

Tattooed on my left leg are the words, “Persistence overcomes resistance,” and I whole-heartedly believe that. Also, always treat people right, have manners and pay it forward. If you surround yourself with a great team, focus on the goals at hand and put in the hours, you will be surprised at what you can accomplish.

SS: That’s awesome, inspiring advice! Finally, what’s something new you have going on that you can talk about? I know you are always looking for new ventures to explore.

SS: Of course you are … where can our readers find your stuff?

SS: Thanks for your time, Austin. Keep on kicking ass!

For subscription info and back issues of our magazine, please visit outdoorgroupstore.com. Also, be sure to listen to our podcast Skillset Live! 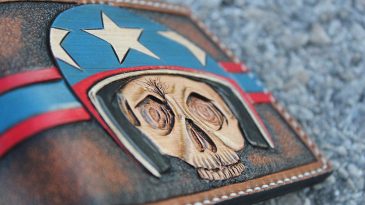 Here at Skillset, we love good stories about people busting their asses to make something handmade and unique. Makers that 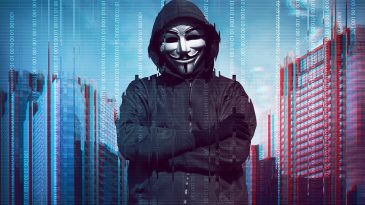 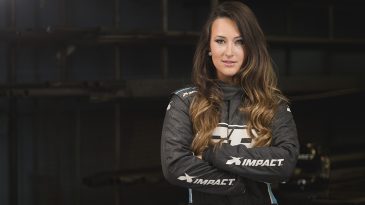 Sara Price has dedicated her entire life to racing. She’s a race car driver, an ambassador for several companies and