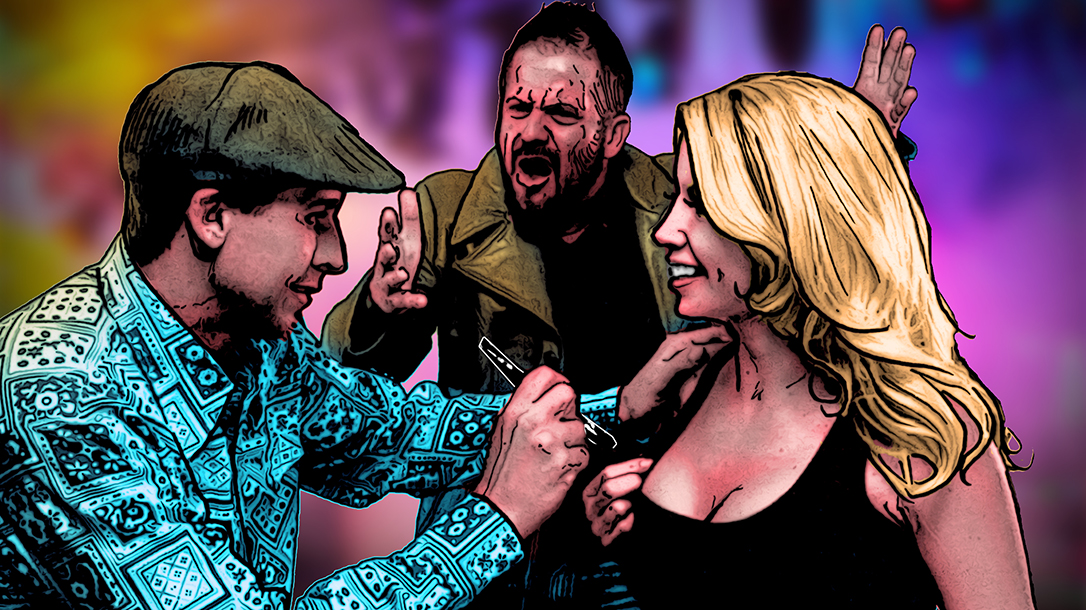 How to Fight Like Chuck Norris With a Tactical Pen

When Chuck Norris signs a document the paper moves around his pen. In fact, he is such a badass his firearms need to register him. So, when I started this assignment, I envisioned myself whipping my tactical pen at an attacker and then running up and performing a jump side kick while thrusting the pen through the Amazon driver’s chest, sending him flying off my front porch and tumbling onto my lawn. Unbelievably, I couldn’t find any of my lame fookin’ friends to help me with that photo shoot.

Even though Chuck could stop an active shooter with a dull crayon, I decided to use a Tuffwriter Tactical Pen. So, I called my buddy Jack at Tuff Writer and told him what I was looking for. Jack seems to think his pen is Chuck Norris tough. Let’s find out.

Let’s face it, if you have to use a pen in a fight that means sh*t has hit the fan or your pizza is stupidly late. In this case, you are arguing with a drunken best friend who has been drinking Modelo beer with you at an abandoned gas station. Tactical pen techniques are primarily based off the old Kuboton or pocket stick. Pressure points, soft targets and joint manipulation are key moves. The advantage of this particular Tuff Writer is that it is a fistful of stainless steel that comes to a point. It hurts A LOT when you get hit with one.

The Tuff Writer is both good looking and dangerous. It gives you the edge to fook up someone’s day like a boss. In the picture above, the defender is in a passive/aggressive defensive stance. The pen is in his strong hand, and he has his guard up with beer hand out to keep distance. Our hero’s Tuff Writer is an unassuming impact weapon. As you can tell by the look on your assh*le friend’s face, he isn’t taking it very seriously.

Tactical pens are most effective for the inside fighting range. Again, perfect for soft targets and when the fight is up close and you need to get a mother f*cker off you. Three to four feet from your face is close enough to be considered close range. As your attacker attempts to punch you in your Sears-catalog-model face, sidestep in a circular motion to the inside of his strike. Stop his arm’s motion at the forearm with your free arm while hammer-fist spiking the f*ck out of his forearm with your Tuff Writer pen.

Go For The Jugular

OK, you got his attention, and neither of you have dropped your beers. Your follow-up has to be fast and hard. Cock back your bitch-slapping hand in a back-fist motion and zero in on that sweet spot that Dracula loves. Remember, your best bro asked for this.

Keep in mind that anytime you drive something into someone’s jugular, there is a slight chance that you may kill him. You also may spend a very long time in jail. That said, thrust out your cobra-coiled-pen-filled fist and vampire-strike for blood. Don’t worry if your aim sucks. Anywhere on the side of the neck or under the chin will drive your attacker’s head back.

This next move is an easy and stylish set-up for your finishing blow. As your former BFF is reeling backwards holding his throat and allowing the space that you need, get into your best 1970s Kung-Fu flick stance, keep your legs apart for balance and sternly tell him that it wasn’t cool to hook up with your girlfriend. He may not be able to hear a word that you are saying, but that doesn’t matter. Tell him anyway, he needs to understand — bros before hoes.

The Chuck Norris Side Kick

Dude, you are fighting like Chuck Norris! Did you really think that you wouldn’t be throwing a Texas Ranger-style kick? Take a deep breath, then release the loudest combination of a banshee scream and a “KIIIIIYAAA!” while simultaneously side kicking the sh*t out of cheater boy’s chest like a pissed-off kangaroo, sending him flying backward into a wall.

Show Your Biggest Fan Some Love

Congratulations, you just kicked your closest friend’s ass using a tactical pen. Chuck Norris would be proud and so would your mom. Turns out your girlfriend has filmed everything with her cellphone camera for the cops. Smile, take a bow and wait for her adoring applause before offering to sign autographs on her body with your Tuff Writer pen.

Join the Skillset crew as they talk with tactical pen pioneer, Jack Roman, on how he developed his company Tuff Writer into one of the toughest pen manufacturers in the world. 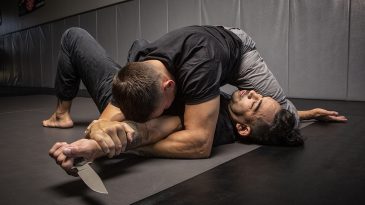 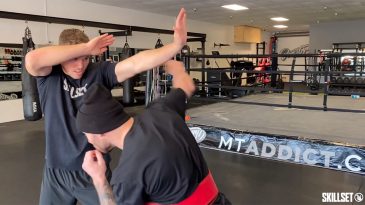 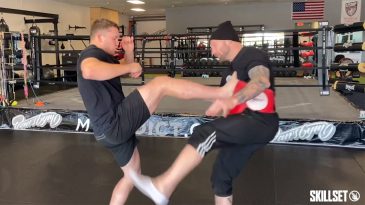