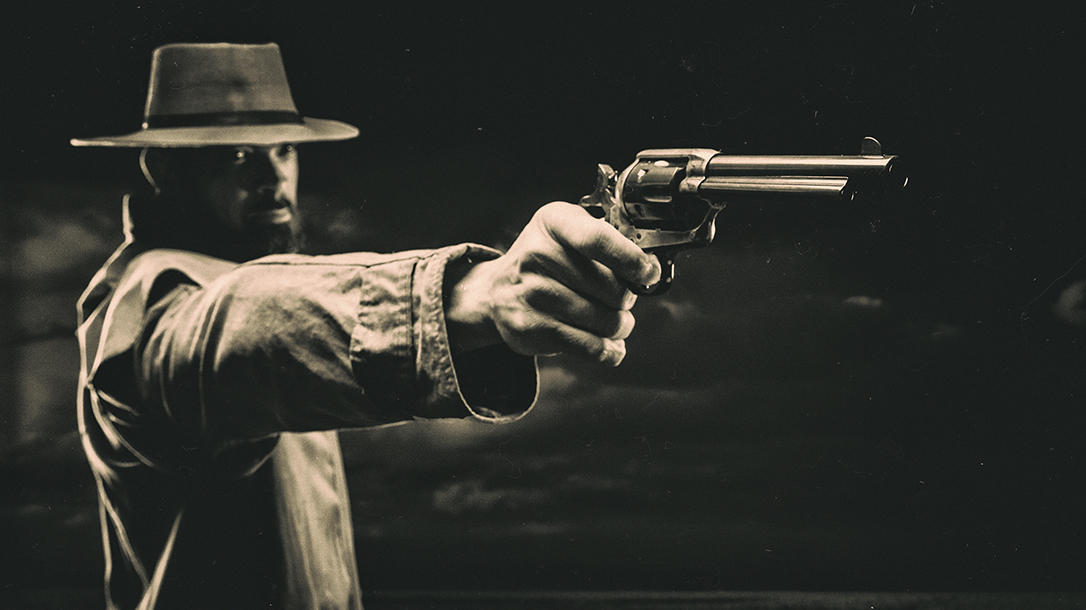 No body camera, no radio, no taser and no nice air-conditioned vehicle: with just two Colt .45s, a Winchester rifle, a horse, a stack of arrest warrants and the most important weapon — his mind — Bass Reeves set out to arrest murderers, rapists and thieves in the most violent region of the U.S. in the late 1800s. He arrested thousands of violent fugitives in his 33-year career. Bass killed 14 men, got shot, was bilingual, wore disguises, used cover stories, was charged with murder and arrested his own son for homicide. He is the greatest frontier lawman you’ve never heard of.

Born into slavery in 1838 in Crawford County, Arkansas, Reeves fled his bondage into the Indian Territory of the Five Civilized Tribes in modern-day eastern Oklahoma and survived for years among the people learning Muscogee, the language of the Creek and Seminole. After the Emancipation, he returned to Arkansas and joined the U.S. Marshals Service in 1875 at the age of 37. He built a strong bond with Judge Parker, aka “The Hanging Judge,” of Fort Smith. During Judge Parker’s twenty-year service, between 75 and 100 deputies were murdered in gunfights. Bass Reeves survived 33 years of service in this area.

Though Reeves was bilingual, he could not read or write. He devised a system of memorizing signs and symbols on the arrest warrants and never arrested the wrong person.

His exploits have been well researched and documented by Art T. Burton in his book, “Black Gun, Silver Star: The Life and Legend of Frontier Marshal Bass Reeves.” Burton does America a great service in preserving the spirit and triumphs of the man known to many as the “Invincible Marshal.” The following exploits are covered in Burton’s book.

Reeves was rumored to have sung quietly before gunfights, which was possibly a self-soothing trait that kept him calm. It was a way to distract the opponent, a great psyops trick or a combination of all three.

He was ambidextrous and wore his revolvers butt-first in a cross-draw method. Later in his career when he became a police officer in Muskogee, he wore a revolver on his hip, one in a shoulder holster and one concealed in the small of his back.

Once, while on the trail back to Muskogee, Oklahoma, with two suspects in custody, Bass heard a gunshot. He told the two suspects to be quiet. When the second shot rang out, he fell back with his weapon cocked. Knowing human behavior, Reeves lay stock-still. The ambusher broke cover to witness the dead body of the Invincible Marshal. Big mistake.

Another time Reeves, accompanied by only one posseman, tracked one of the most feared murder suspects in the area. Hot leads had grown cold, and the man eluded capture for several months. Eventually, Bass got a new lead and once again he and his posseman made the fugitive’s world smaller. The fugitive went on the offensive, sending word to Reeves that if he did not stop his pursuit, he would kill him. Undeterred, Bass and his posseman continued the hunt, eventually locating the wanted man in a wooded area during a thunderstorm.

While exchanging gunfire, the fugitive’s bullet struck near Bass who dropped in the mud as if dead, once again playing opossum, but with his weapon at the ready. The fugitive, in his hubris, broke cover and closed in on Bass. With the fugitive close and with no cover, Reeves ordered him to drop his weapon. Instead of complying, he lowered his body and took aim, but Bass had the drop on him. Bass’ bullet struck him in the neck, killing him instantly.

While fugitives knew his name, not all knew his face. Once on a trail, Bass Reeves was confronted at gunpoint by two murderers he was tracking. When the men called him Bass Reeves, he denied that identity and pretended to be a simple, illiterate man. When one of the men threatened to kill him, Bass made one last request: that they read him a letter written by his wife. As one of the men retrieved the letter from the saddle bag, Bass grabbed him by his throat and took his pistol. The second man quickly surrendered.

Once, Reeves dressed up as a poor farmer and tracked several robbery suspects to a remote cabin. He staged his wagon as if it were stuck in mud and then waited. Worried that the stuck wagon would draw attention to their location, the fugitives attempted to free it. When the fugitives were distracted with the wagon, Bass drew his revolvers from concealment and ordered them to de-arm and surrender. They of course did just that. He eventually took six fugitives from the cabin and marched them to the jail.

Not just gunslinging, but investigating as well

Bass once investigated a murder in which the suspect had been encountered with a bloody axe and crimson-stained clothing. The suspect’s explanation was that he had killed a rabbit earlier in the day. Bass searched the man’s campsite and located two separate fires, one built directly under a tree. One of the first rules of investigation is that actions have motives. Bass recognized that there was no logical explanation for a fire beneath a tree except to conceal a crime scene. He removed the embers and located the blood-soaked soil, then excavated the section and bagged it for evidence. The man was convicted by Judge Parker and hanged at Fort Smith.

His son, the fugitive

Unfortunately, Bass’ son had difficulties in his marriage and caught his wife with another man. At the apex of his anger, Bass’ son beat the man, killed his unfaithful wife, and fled into the Indian Territory. The murder warrant issued for Reeves’ son sat on U.S. Marshal Bennett’s desk for several days; no one wanted to arrest the son of the great Bass Reeves.

Incredibly, the Invincible Marshal took the warrant himself and tracked down his own son and arrested him.

His son was convicted and sentenced to Fort Leavenworth; however, the townsfolk of Muskogee signed a petition to free Bass’ son based on the mitigating factor of his crime being one of passion and due to Bass Reeves’ commitment to service. The petition was successful, and Bass’ son was released. He returned to Muskogee and lived a productive life.

Early in his career, Bass got in an argument with a cook in his posse. According to witnesses, Reeves was trying to remove a cartridge from his Winchester rifle when the rifle went off and the bullet struck the cook in the neck. Reeves was emphatic that it was an accident, while others said he shot the cook in anger. This mistake came with a price for the Reeves family. While charged with murder, he was suspended from duty and forced to sell his house and spend his savings. Though he earned four times what the average marshal made, the trial cost him everything.

After being found not guilty, he was reinstated as deputy marshal. He continued selfless service until Oklahoma earned its statehood in 1907. Then, instead of retiring, he was hired as a city police officer in Muskogee.

Age is a number

By 1904 at age 66, Bass was still very active and still hunting violent fugitives. He’d patrol the city using a cane for mobility. Years before, he had been shot in the leg in a shootout with a young man in a saloon. The young man wanted to test the Invincible Marshal and his renowned skill with six-guns. Bass won and later told the doctor that most shooters could not shoot both fast and straight.

Bass Reeves was called the Invincible Marshal for good reason.

He survived as a lawman for 33 years and his longevity wasn’t luck. Old cops are old because they know how to stay alive, and a man earns his nickname, whether good or bad. In other words, it wasn’t wise to pick a fight with an old law dog known as the Invincible Marshal. Many learned that lesson the hard way. 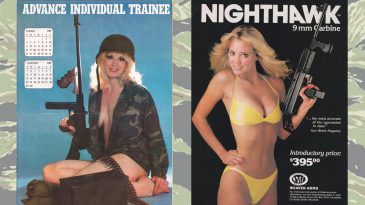 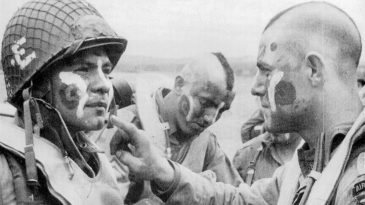 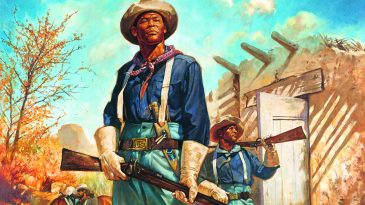