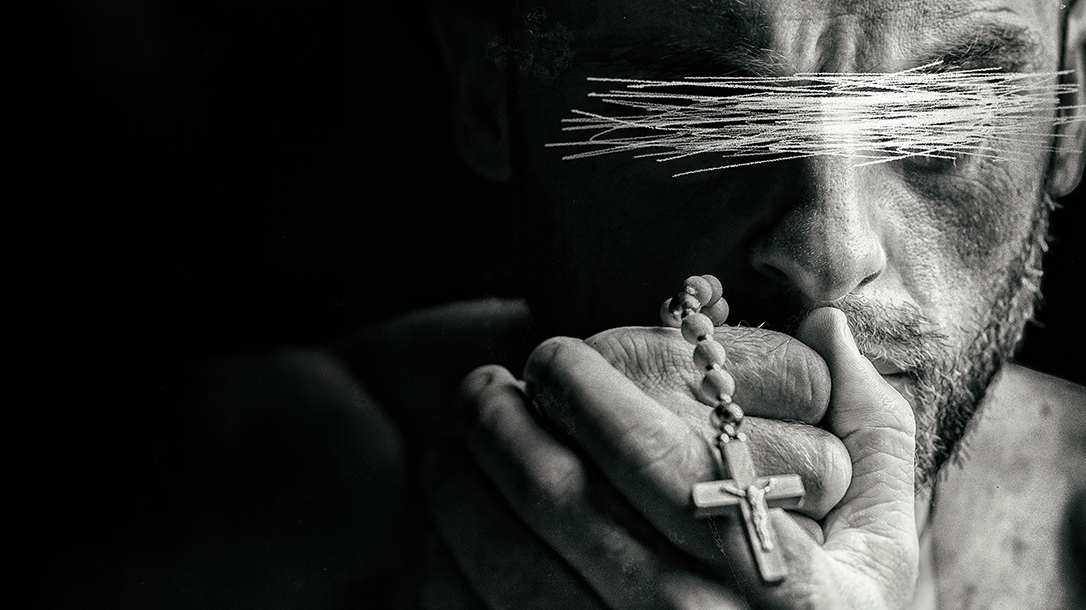 How an Old Friend Almost Killed a Counternarcotics Agent in Mexico

There was something insidious in the air — a dark stench that rose up from the sewers and permeated the atmosphere. It was thick and heavy, and with every breath it seeped into our lungs. It clung to the streets, to the shacks in the shantytowns on the edges of the city, to the cars creeping down the congested urban landscape, and it infected everything it touched, including and especially, the people. The stench burrowed deep into our souls, infused itself into our brains and lingered like garlic on our tongues.

Where the specter of cartel violence had once been held in check by the stranglehold of the old guard, the crumbling of their once-mighty empire had opened the streets of Baja California to all comers, turning tourist destinations like the city of Tijuana into warzones. To one degree or another, we had all been corrupted by this new presence, and we had all taken sides in the fight for control of the city. Unspoken, but clear as day, civil war had been declared.

The city was different now. There were no carnivals, no nightlife to speak of and people stayed indoors at night. Tourists had once poured over the border; now they only trickled in. Often, it was to buy discount medications. Occasionally, it was to evade U.S. law enforcement. The absence of American dollars crippled the local economy. It also empowered the cartels further, allowing them to spread across Baja like cancer.

The war we were fighting was a complicated one. The enemy was often better armed, had more resources and in some ways held a kind of folk-hero status with the very people they victimized; it was a strange dynamic which made the people both fear and protect them. On the opposite side of the coin, there was us: An underfunded, underpaid, and undertrained police force.

Corruption in our ranks was so rampant that one estimate placed 40 percent of the local law enforcement on cartel payroll. Things had gotten so bad that years earlier I was part of a team tasked with collecting the firearms from every officer in Tijuana, leaving the entire force unarmed and on the streets for a time, while ballistics were run on their weapons. In the end, this testing closed many unsolved homicides.

The call came in just as we were about to call it a day — a large convoy of armed men were parked at a nearby gas station. Our initial surveillance estimated at least 45 cartel members, heavily armed and spread out over the facility. It was a small army, far too imposing for our out-gunned cadre of 26 to engage. We placed a call for backup and waited.

As the long minutes drew on, I was sent to do a walk-by of the gas station and ascertain anything that could be useful. I was clad in civilian clothing, with a Glock 17 featuring a cut-down grip concealed beneath a shirt and jacket and saddled against my waist.

Foregoing a holster, I carried my firearm in an unconventional method we often utilized. Using a small section of a coat hanger, shaped into an elongated S, I inserted one end into the barrel of the weapon and hooked the other to my belt. The firearm was positioned in a “Mexican carry,” tucked into the front of my pants in roughly the same place as an inside-the-waistband holster.

Don’t I Know You?

I was trying to look inconspicuous when I heard someone call my name out. To say my heart skipped a beat would be a dramatic understatement. It was the kind of terror that vibrates in your bones, claws into your bowels and embeds itself in the base of your spine. But when I turned, it was Zurdo.

Zurdo was a childhood friend, an affable guy with a neatly cropped mop of red hair — a stubborn remnant of his Irish ancestry. We had spent our teen years together, listening to punk rock and skateboarding. We parted ways a year before the events of 9/11 set off a worldwide chain reaction that, among other things, devastated Northern Mexico and upended my medical school aspirations and Zurdo’s plans to be a graphic designer.

Now here he was, looking dapper in a dress shirt, designer jeans, fashionable sneakers and adorned with a chest rig and a short-barreled AK. My friend was a Narco.

Contrary to what many people assume, a good number of the young men going to work for the cartels don’t come from poverty; they are often upper-middle class kids like Zurdo. Kids from good families who become enamored with the Narco mythology. Their impressionable and naive minds become seduced by a romanticized notion of the gangster lifestyle. A world of money, power, action, women and respect. Sometimes recruits even come from wealthy families — families of prestige and influence, well-connected in high society. These may be sons of politicians, businessmen and captains of industry, and hundreds of these sons of privilege have wound up dead, in prison or have simply vanished.

My long-estranged friend greeted me with a warm hug. The magazines on his rig dug into my chest, making me acutely aware of my own weapon. We exchanged pleasantries, him asking about my family and me asking about his. He boasted of the money he made and his glamorous new life, while I tried to push the image of my fellow officers moving into position out of my mind. He asked me what line of work I was in. I told him I was unemployed and looking for a job.

The situation was surreal. In a single moment I was genuinely happy to see an old friend, while at the same time calculating the logistics of drawing my weapon and putting a bullet into his skull if I sensed he realized my deception. As the conversation drew on, my phone began to vibrate in my pocket. I didn’t have to answer to know that my guys were checking in on me. They were likely in a panic that I wasn’t picking up. Though only a few brief moments had passed, it felt like an eternity before a more senior cartel member came to retrieve my friend, which flooded me with relief. As we parted, a curious expression crossed Zurdo’s face.

“You know,” he said, “I thought I heard you went into public service.”

The panic, which had only momentarily subsided, ricocheted throughout my body with renewed vigor. In a suddenly cold and serious tone he assured me that he knew damn well what I did for a living. He admonished that it was dangerous and downright stupid for me to be there.

“Take care,” he said in parting.

Zurdo, my friend, had spared my life. The rancid plague that had gripped the city had infected him, but it hadn’t turned him against me. I watched him climb into the back of a waiting black suburban and drive off. It was the last time I ever saw him alive.

Our backup arrived, in the form of the Mexican Army, and intercepted the convoy. The ensuing firefight lasted 40 minutes. It took the lives of a few of my fellow officers and most of the cartel gunmen. I spent the rest of night helping to sift through the bodies, looking for Zurdo; he was among the last we found, his red hair peeking up through the carnage. Though I knew it would be one of the most gut-wrenching experiences of my life, I notified his family myself. I made sure his body was released promptly and helped them make his final arrangements. His funeral and that of the agents that fell that day were held across the street from each other. Perhaps the universe was telling us something.

In his final moments, Zurdo taught me the importance of blending into one’s environment when trying to remain inconspicuous. He recognized my face, but any one of many other factors could have easily given me away. The terror I felt at the prospect of being discovered led me to study the art and science of blending in. I learned how to move in dangerous places without calling attention to myself. Many of these lessons I have translated to the traveler’s safety classes and counter abduction courses I teach.

Here are a few:

1.  Don’t wear anything tactical in nature or that may communicate to an observer that you have some sort of law enforcement or military training. From head to toe, self assess and keep things low key out in the bad parts of the world. If you are capable, keep it to yourself.

2.  Learn to observe the observers. Many times, we try and look around at everything in a foreign environment; too much information can be as bad as not enough. Learn to find people in a crowd that may have an awareness of the space that others do not — the old lady that has owned the bakery on the corner for 50 years, the old man that has manned the newspaper stand since his dad was alive, etc. These people know when something is off. They will duck down, close up or become alert to any bad situation before anyone else in the environment. Find these eyes in the crowd and keep them in mind when you are moving.

3.  The ability to effectively socialize is the most underappreciated tactical skill on the planet. If you don’t smoke, learn how and carry some tobacco. Cigarettes are not meant to be used as time-fuses or interrogation devices (usually), but as social lubrication. Learn to engage socially with others, when necessary. Listen, learn and find friends in low places.

For over a decade, Ed Calderon worked in the fields of counternarcotics, organized crime investigation and public safety in the northern-border region of Mexico. During this period, he also coordinated and worked executive protection details for high-level government officials and visiting dignitaries — often in some of the most dangerous parts of the country.

Ed Calderon’s study of the indigenous Mexican criminal culture, from occult practices to endemic modus operandi, have led him to be recognized as one of the world’s preeminent researchers and trainers in the field of personal security. Ed has had the privilege of sharing his expertise with members of federal law enforcement agencies such as the FBI and U.S. Marshals as well as military units, including the U.S. Navy SEALS, Indonesian Kopaska, Mexican GAFE and intelligence service agents and members of special forces groups from all over the world.

Ed Calderon is available for seminars, private training and consulting services. If interested, please send a message to: edsmanifesto@gmail.com 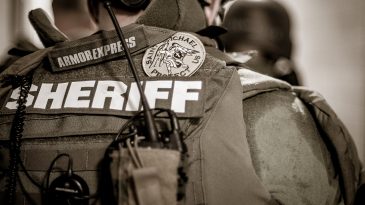 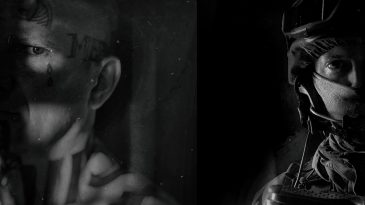 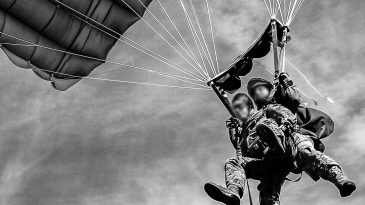