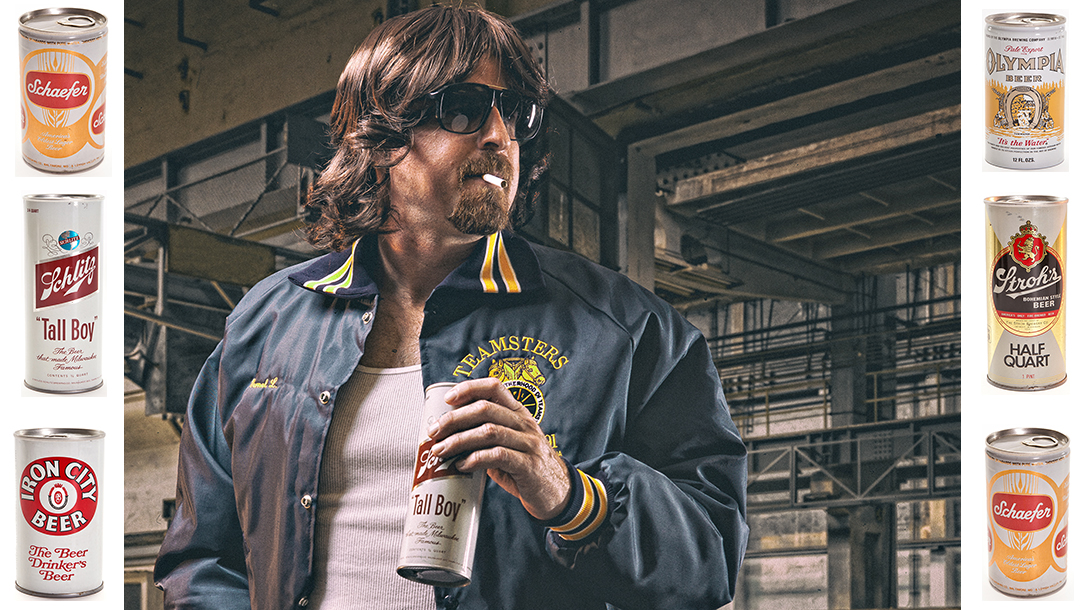 These days, it’s getting harder and harder to walk into a bar and order a beer. You end up tripping over some mustachioed hipster claiming it’s actually a “bier garden”. We figured we would harken back to yesteryear. Remember when having a beer meant ripping the pop-top off a can from a $3 six-pack? Grab a cold one and reminisce with us about some of the classic cheap beer that helped your dad deal with you when you were a kid.

Most famous slogan: “Hey! Give me an IC Light!”

Any “Stillers” fan knows the lifeblood in the ’Burgh is Iron City Beer. The locals say, “Ahrn City.” Served on tap in every pub in the tri-state area, IC is rumored to be one of the worst beers of all time. Of course, those harsh claims have most likely come out of Cleveland. It was the first beer sold in a snap-top can, and IC also pioneered the twist-off resealable cap. Bottom line is, when your diet consists of pierogies and chipped ham, that gastro-concrete needs to be washed down with only one cheap beer of choice: Iron City.

Detroit, despite its struggle with urban revival, was once the hallowed ground for the Stroh Brewery Company. With roots going back centuries to ze Germans, the Stroh family seemed on top of the world. They were producing almost seven million barrels of their tasty brew every year in the 1970s. You could barely fall off a barstool and not have a Stroh’s in your hand. A series of mismanaged acquisitions and business decisions led to the ultimate decline of the company, even though they produced such amazing concoctions as Colt 45.

Not even Tone Loc rapping about Alex the Dog in “Funky Cold Medina” was enough to save the brand from being acquired by Pabst in 1999. “I got every dog in my neighborhood breakin’ down my door. I got Spuds McKenzie, Alex from Stroh’s. They won’t leave my dog alone with that Medina, pal.” Looks like your dog is safer than ever, Tone.

A favorite of post-WWII suburban uncles everywhere, Schlitz was the beer you got to swig when your parents weren’t looking. As you got older, it was also the beer you drank during a softball game with your buddies just so you could play Schlitz-stop in the infield.

Rumor has it you could clean the engine of your big-block Chevy with a Schlitz.

After several decades of strong sales, Schlitz tried to go all “New Coke” and changed their formula; as you can imagine, it worked out just as well. Purchased by Stroh’s, and then ultimately by Pabst, the original beer recipe was reinstated. All was mediocre in the beer world once again. Drink cheap beer like your shady uncle. Drink a Schlitz.

Best beer advocate review: “Smells like a truck-stop bathroom floor recently doused in trucker urine. Tastes the way I would imagine a Viking feels before he pillages an innocent coastal village.”

Another American beer with Germanic roots, Theodore Hamm, a.k.a. Hamfist Ted (at least, so we hear), created the crispy golden beverage back in the 1860s. Giving you less head than a Prohibition-era prom date, Hamm’s is made for people who like to urinate.

The saving masculine grace of this beer is that the massive Hamm’s sign was seen in the movie Dirty Harry, imprinting it in the minds of wheel gun-toting badasses everywhere.

Hell, they even tried using live bears in their advertising campaigns in the ’70s. With a penchant for the manly, Hamm’s, too, fell victim to the beer wars of the ’90s and is now sold by MillerCoors.

Most famous slogan: “Schaefer is the one beer to have when you’re having more than one.”

Catering to the dives, the neon glow of self-loathing, and the poorly leveled pool tables of Brooklyn and Pennsylvania, Schaefer was one of the biggest beers in the U.S. in the 1970s.

So much so that the New England Patriots (Go Pats!) played at Schaefer Stadium before the immaculate conception of Tom Brady. Started by German brothers Max and Frederick Schaefer in the early 1800s, they grew to almost five million barrels a year. In the 1980’s, they were purchased by Stroh’s.

So next time you’re in a bathroom in Allentown, PA, staring at the wall and straddling a puddle of recycled hipster beer on the floor left by the last guy, take comfort in the fact that drinking a Schaefer’s is a far better choice than most of the decisions you’ve made in life. Don’t forget to flush.

Most famous slogan: “It’s the water.”

Hailing from Montana, German immigrant Leopold Schmidt started Olympia Beer as part of The Capital Brewing Company in 1902. Crushed by Prohibition in the ’20s, Olympia surged back in the ’30s. It was made famous by its use of artesian well water. Do you know what that is? Do you care? No, neither do we. But we’re pretty sure it has to do with big-breasted redheads working a pump. With no real flavor to speak of, nor alcohol taste, the corn syrup sweetness of Olympia in its classic “stubbie” bottle gives you a light bodied beer.

Olympia is perfect for filling up a frat house funnel on a budget.

The Blues Brothers drank $300 worth of the Big O at Bob’s Country Bunker. The name even spawned the Mr. Olympia contest, but hold onto your helmets: Olympia was most famously endorsed by none other than Evel Knievel. Almost 50 years and several hundred broken Knievel bones later, this cheap beer is still being churned out by MillerCoors. 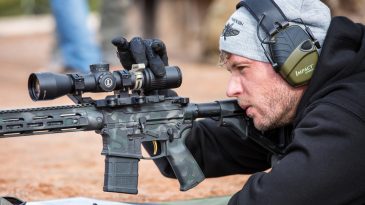 How Ryan Phillippe Transformed Himself From Bad Boy to Bad Ass

Set beneath the towering red rock of Utah’s Capitol Reef, the scenic backdrop for my interview with actor Ryan Phillippe 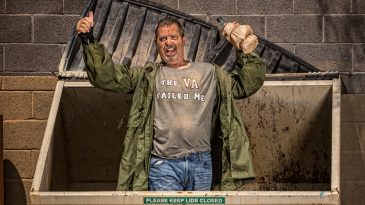 To quote the eloquent “Joliet” Jake Blues from the 1980s classic “Blues Brothers,” “That Night Train’s a mean wine.” You 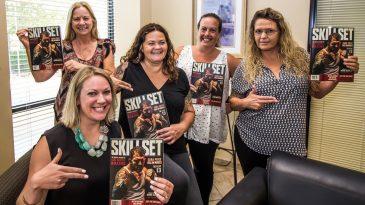