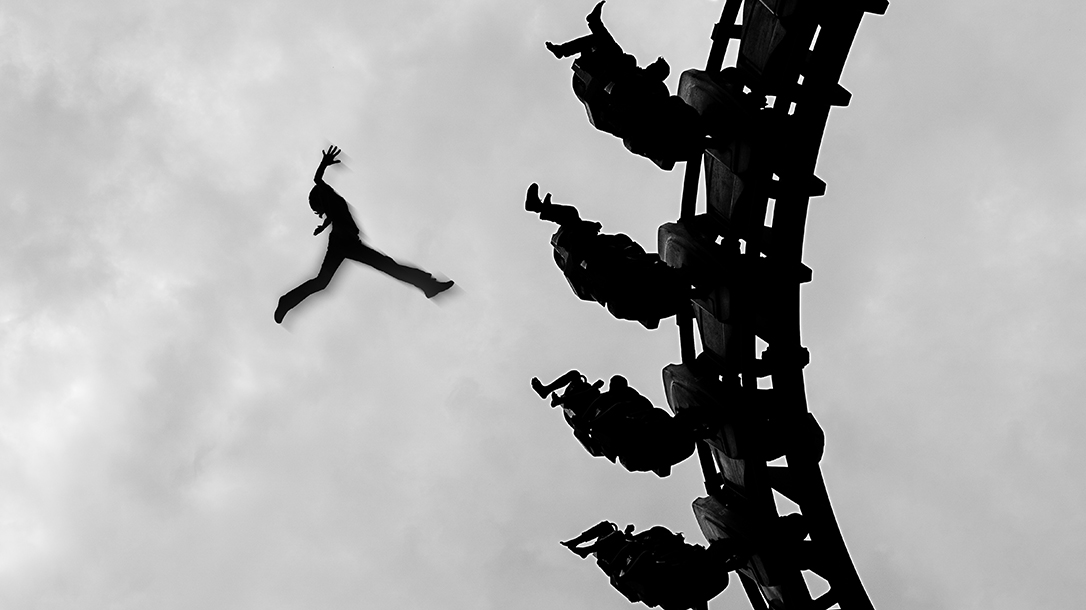 Some people enjoy long walks on a beach, and others like kicking back with a few cold ones. As for myself, I enjoy looking through the history books to try to rediscover forgotten events and entirely effed-up moments. For your reading pleasure, I have uncovered 10 gruesome and unpleasant dumb ways to die throughout history. These stories will make you scratch your chin and hope that you pass in your sleep instead. Enjoy …

Mixed martial arts combat is considered to be one of the most glorified and violent means of expressing dominance over one’s opponents. Organized mixed martial arts competitions have been around for roughly 40 years, but long before the institution of sanctioned, pay-per-view fights, there was the art of pankration. For those who are unfamiliar with it, pankration was first included in the Greek Olympic Games in 648 B.C. This was a sport that had very few rules, and only to ensure that its competitors did not die. That’s it, and anything else was pretty much fair game.

Pankration is an empty-handed submission sport, and its athletes would use both boxing and wrestling techniques, including chokes, strikes and anything in between. During one Ancient Greek Olympics pankration finals match, the renowned Arrichion of Phigalia died from his own unwillingness to submit. During his fight, Arrichion found himself in a stranglehold and was unable to get free. As a last-ditch effort to escape, he kicked his foe near the ankle, which caused his opponent to tap out. Unfortunately for Arrichion, his own refusal to quit caused him to die by asphyxiation as the fight ended. Since Arrichion’s opponent had tapped out, Arrichion’s corpse was declared the winner.

Talk about a shitty way to go! We all know what happened to “The King,” but in 1016 A.D., a different King—Edmund Ironside—kicked the bucket in what may be the worst porcelain throne-related death to date. As with kings of any era, King Edmund was closely guarded, and he took precautions to avoid an untimely death by assassination. Unfortunately, the only throne in the kingdom that wasn’t monitored at that time was Ironside’s crapper. An assassin hid in Edmund’s privy and stabbing him multiple times as he took a royal dump. In this instance, Edmund Ironside’s sharp, stabbing pains in his abdomen were completely unrelated to his bowel movement.

Here is a man who I have always admired; he pretty much embodied the Viking version of the American Dream. Ragnar Lodbrok worked his way up from the status of peasant to that of royalty over the course of his life, which also meant that he had created a network of individuals who absolutely hated him and who plotted for his death. After leading what can only be considered a most interesting and badass existence, he was eventually captured by the Anglo-Saxon king Ælla, who sentenced Ragnar to death by tossing him into a pit of snakes.

The historical truth of Ragnar is somewhat hazy, however, since most accounts of Viking life were either passed down verbally or written on some form of shitty parchment. This leaves a slight possibility that he didn’t really die from being tossed into a pit of snakes, and his death may have actually been caused by the countless STDs he had contracted over the years. That said, either one of those seems like a pretty badass way to go!

Here is another one for our list of dumb ways to die. In February of 1478, George Plantagenet was killed for committing treason against his brother, King Edward IV, during the Wars of the Roses. Back then, it was pretty much a given that if you betrayed your monarch (sibling or not), you would have to pay the piper.

The circumstances surrounding George Plantagenet’s treason are not really of much importance given the nature of this article; instead, what is important is what happened because of his betrayal! Good old Georgie messed up, and knowing that he would likely be executed, he did what he could to ensure that he went out of this world on his terms. So, what did he do? He requested that his method of execution be by drowning—in a barrel of wine. Talk about drinking yourself to death!

Dancing kills. If you take nothing else away from this article, know this. The proof? I give you the dancing plague of 1518. This horrendous and still-unexplained bout of dancing mass hysteria caused the deaths of numerous people in France who couldn’t resist the overpowering urge to get TF down. The victims expired from strokes, heart attacks and fatal exhaustion. So, think twice before you hit the dance floor at your niece’s sweet 16.

No, this actually has nothing to do with romance. What kind of a magazine do you think this is? We’re not Cosmo. Sweet Kiss was a horse ridden by jockey Frank Hayes, who died during a race on June 4, 1923. Hayes suffered a fatal heart attack halfway through the race and expired atop Sweet Kiss. By some weird divine intervention, Sweet Kiss actually crossed the finish line first. Since Hayes was still on Sweet Kiss when they crossed the finish line, he was declared the winner. Which meant that he won his first and only victory as a jockey after he had died.

Imagine going for a nice stroll when suddenly you see a spectacular lightshow in the sky caused by a meteorite. Many would consider themselves lucky to see it, but then again, they weren’t struck by the damned thing. The first and only documented case of a death by meteorite occurred in August of 1888 in Sulaymaniyah, Iraq. Two men were hit by meteorite fragments, leaving one dead and the other paralyzed. So please, the next time your partner asks you to sit in the bed of your pickup truck and stare up at the stars together “because it’s romantic,” just remind her or him that stargazing is a dangerous hobby and that people have died doing that.

Why wasn’t all the cool historical shit ever taught to us in our high school history classes? All we learned was that Columbus was a swell guy and that America is the G.O.A.T. In January of 1919 in Boston’s North End, however, a storage tank burst, resulting in a massive wave of molasses moving down the street in what I can only imagine would resemble a slow-motion version of “The Great Wave off Kanagawa.” This syrup tsunami left 21 dead and another 150 injured—and most likely with type 2 diabetes.

A healing ceremony in 1903 in Honolulu took a wrong turn for a man being treated for malaria when his family summoned a kahuna (essentially a Hawaiian wizard) because they decided he wasn’t actually sick and was instead possessed by devils. The kahuna was more than happy to help the family out with their exorcism, and he beat the man to death with a Bible during the ceremony. Regardless, if devils really were the cause of the victim’s malady, then they were definitely dealt with.

Yeah, there had to be at least one clown-related death in this article. I personally don’t have any issues with clowns, but that may be because I always have various forms of self-protection on me at any given time. Unfortunately, 13-year-old Will Snyder didn’t have any means of expressing his Second Amendment rights in 1854, so when a psychotic clown swung him around by his heels and inadvertently killed him in the process, it only added another reason to the list of why clowns are fucking creepy and shouldn’t be trusted.

For more crazy talk on death and danger, check out our podcast Skillset Live!  Get in on the conversation on our social media pages or pick up a back issue at OutdoorGroupStore.com!